Since graduating in May 2019, University Theatre alum Patrick Seebold has been working with the Evening Crane Theatre in New York. He recently reached out to Mia Self, assistant director of University Theatre, to share an invitation to a project he and his brothers (one an NC State alum and another a current NC State student) were working on: a screening of the company’s feature film, Enoptromancy, or When We Meet As One, showing at the Rialto Theatre in Raleigh on January 15. 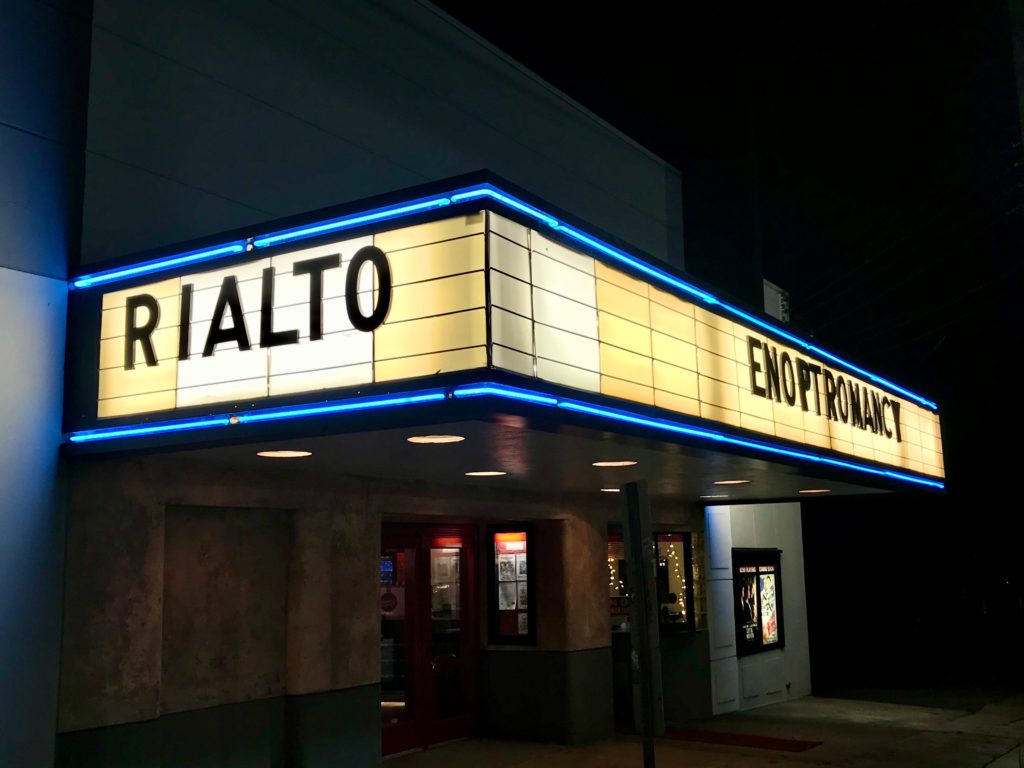 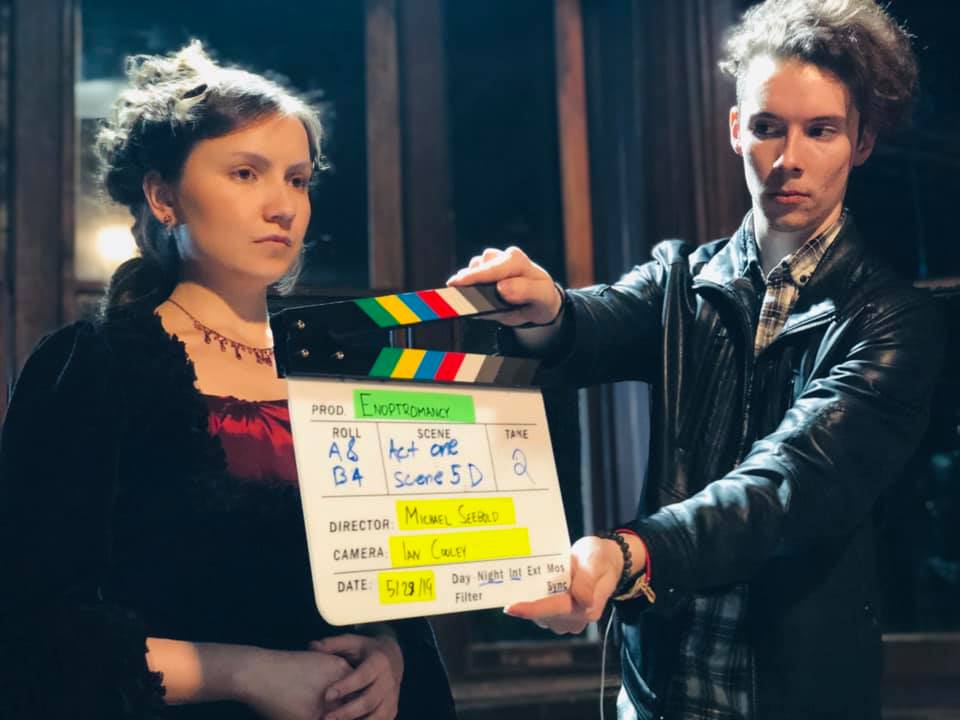 Kevin Seebold and actress Noemi Sarog on set during filming of “Enoptromancy, or When We Meet As One”. Photo credit: Evening Crane Theatre

We caught up with the brothers while they were in town.

What was your role in creating the film Enoptromancy, or When We Meet As One?

MICHAEL: I wrote, directed, and produced the film. The script began as a stage play, which first ran in Manhattan in the spring of 2018.

KEVIN: I was the costume designer for the film, and that entailed not only making original pieces but coming up with the visual concepts for the characters and where we wanted to take each character. My fondest memory from the process was the Mastiff’s costume, which went through a couple of different iterations. Finally seeing how great that costume came out in the end, was for me one of the most magical parts of the process.

PATRICK: I signed onto the film just before graduating in May 2019 and acted in the role of The Mastiff. When the chance arose to participate, I leapt at the opportunity.

How does it feel to bring your project to Raleigh?

PATRICK: My recent work with Evening Crane has been in New York, so screening the film in Raleigh bridges the spatial and temporal disconnects of the last several years. 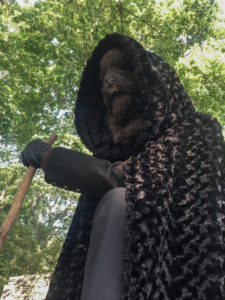 Patrick Seebold in the role of The Mastiff in “Enoptromancy, or When We Meet As One”. Costumes by Kevin Seebold. Special Effects Makeup by Michelle Reyna. Photo credit: Evening Crane Theatre

What have you been up to since graduating NC State (and for Kevin: what are you up to at NC State)?

KEVIN: New designs for my next fashion show.

PATRICK: From August to December, I performed onstage in New York City, and now I am looking forward to the film’s coming tour.

MICHAEL: Writing and directing several scripts in New York. I had the chance to revisit Spyglass Seven (which won the 2012 Arts NC State Creative Artist Award) in 2018 at the Rochester Fringe Festival and at Baltimore’s inaugural Edgar Allan Poe Festival & Awards. Returning to an old script is rewarding but uncanny. Familiarity and novelty reside in the same lines. The world of the play begins to evade time. 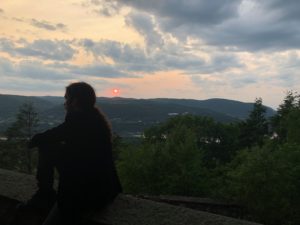 Michael Seebold on set during filming of “Enoptromancy, or When We Meet As One”. Photo Credit: Evening Crane Theatre

What impact did the arts have on your college experience? Any favorite art/theatre/design experiences at NC State?

KEVIN: I’ve had so many good opportunities at NC State. One of my favorites was participating in African American Textile Society Fashion Show in the Wilson College of Textiles right here at NC State. Great opportunity, great people, great program. For those who don’t know it, they produce a fashion show every spring semester, I believe it is. Just to be part of that and to do my first fashion show was a great opportunity.

PATRICK: My time with University Theatre provided the opportunity to experiment with performance and human interaction, on and off stage. I can’t pick out a single moment that clearly defined or inspired my approach to acting, but in hindsight, those stage explorations, combined with my training in the sciences, developed the knowledge and skills that have formed the basis of my approach to exploration and creation.

For Michael: how did winning the Creative Artist Award impact you?

MICHAEL: Working on that first production of Spyglass Seven with John McIlwee back in 2013 narrowed my creative focus to the dramatic arts. Seven years on, the fascination with created worlds on stage, the possibility of dramatizing an abstract idea in order to study it anew, continues to motivate my writing, whether for theatre or for film. I’m always at work on the next script.