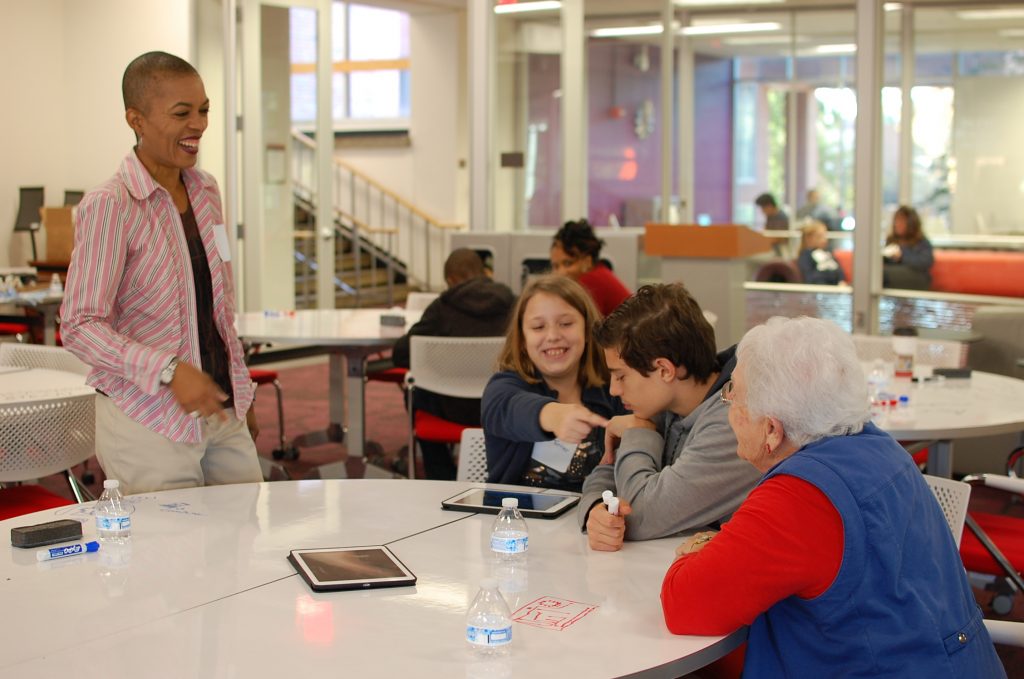 Over three Saturday workshops, (September 21, October 21, & October 28), families interacted with The D.H. Hill Library’s cutting-edge technology and Arts NC State’s master teaching artists to explore hands-on STEAM activities. This series was part of a research project by Dr. Payton, who is measuring the impact of the arts in the STEM field (thus STEAM). In short: these workshops were a HUGE SUCCESS and we’re excited to plan next year’s series.

According to Marian Fragola, Director of Program Planning and Outreach for the NCSU Libraries, “To me, the best part of the STEAM Initiative was to see parents and their kids working together to solve problems and to be creative. Oftentimes, parents drop off a kid at camp or school and then, when they pick them up, ask, ‘what did you learn?’ But with the STEAM Initiative, parents and kids were learning together, interacting with one another, and really having fun. It was a pleasure to engage with them in this way and both parents and kids were appreciative for the opportunity.”

Here is an overview of each session: 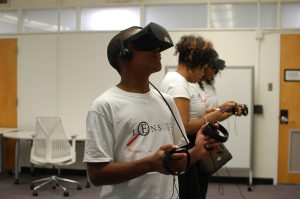 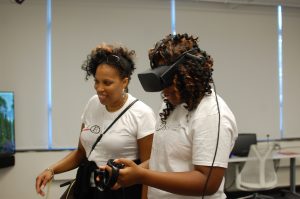 Parents and children made their own immersive 360° drawing. With Panoform, a technology developed at NC State, participants used paper, markers, and a smartphone to create their own immersive 360° experience. Then, they took an immersive virtual trip anywhere in the world. In the VR studio in the D. H. Hill Library, participants used Google Earth VR to visit a dream location or fly over their own neighborhood in virtual reality. Virtual reality sessions led by Pete Schreiner, NCSU Libraries Fellow, and Payod Panda, Pentair Fellow. 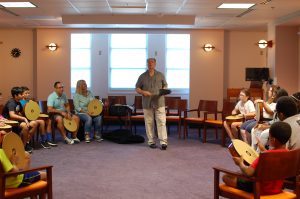 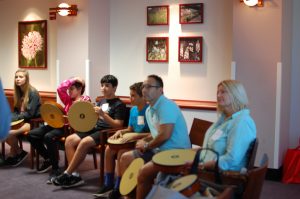 The drum circle was led by Arts NC State executive director Rich Holly, who stated that “Drum circles are a way for us to enjoy a sense of community, find joy, reduce stress, and display teamwork while also engaging in self-expression. Rhythms are naturally mathematical, and the science and magic of acoustics allows for numerous sounds from a single instrument. It was a joy to lead drum circles at the first of the STEAM workshops. Some of the skills a drum circle can impart are listening, focus, challenge, teamwork, and embracing failure as a positive learning experience. It was fascinating to note the differences in responses between the students and their parents – the students possessed more of an “Okay, let’s do this” approach, while several of the parents were looking as though they wanted to say “Are you kidding me?” But by the end, the parents were more comfortable than they were at the beginning. Among the several great comments was this one, which virtually all parents agreed with: “I was so fearful of making a mistake, but once I saw my daughter have no problem with failure, I decided it was okay for me to fail, too, and then I relaxed and it all became easier.”” 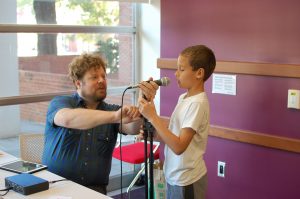 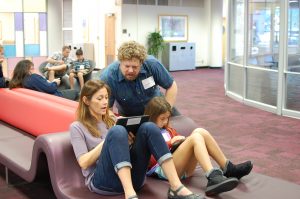 Many of us carry recording studios with us all the time. In our pockets and bags, backpacks and bookbags we have phones and tablets that are very powerful and easy-to-use music making tools. Together, children and adults made music using one of these mobile making stations. They used loops, their voices, samples, small synthesizers, ultra-portable instruments, and more to produce audio and beats, and learned how to use these tools to keep creativity flowing no matter where they are. This music making session was led by Jason Evans Groth, Digital Media Librarian, NCSU Libraries. 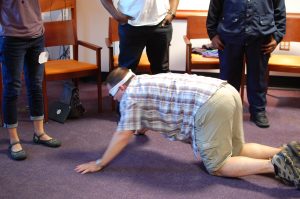 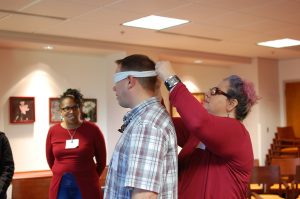 Through a series of fun games, vocal exercises, and theatre activities Mia Self, Assistant Director of Acting & Directing at University Theatre, led a session in which the group used their voices to learn more about expressing themselves and connecting with one another. Our voices are one of the most powerful tools we have, enabling us to communicate emotions and thoughts. According to Mia, “It’s easy to forget that early learning is rooted in play. It was exciting to see students and parents playing theatre games together to learn about communication and focus with the Chicken Game. Even more so to see both engaged in the Cup Game which involves a blindfolded search with everyone watching. Goal setting, overcoming obstacles, wrestling with unfamiliar tactics, confronting judgment and risk, and trusting your collaborators were all embedded in the play we shared. It was exciting to see the freedom of these bright young people and the openness of their parents as they joined right it.” 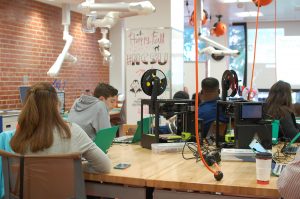 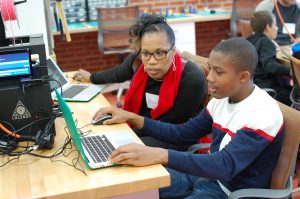 3D printing is one of the most exciting technologies to come around in the past few years. In this session families learned about more about what 3D printing is, how it works, and how to get started. They created designs in Tinkercad and added individual touches to make them unique. This makerspace activity was led by Justin Haynes and Dan Hawkins, both University Library Technicians. 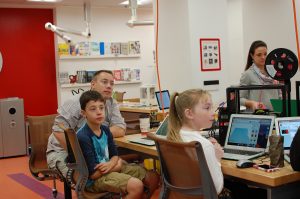 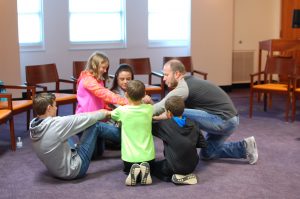 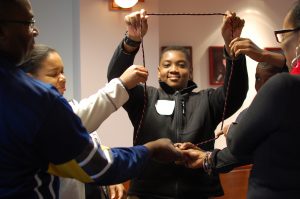 We are surrounded by machines. From bicycles to computers, we rely on them, but what really makes a machine, and what happens when they break? In this interactive workshop, families explored the concept of machines through theatre and improvisation activities. This session was led by Amy Sawyers-Williams, head of Arts NC State arts outreach & engagement and founding artistic director of See Saw: Applied Theatre Projects. Amy said “I was so impressed by the level of creativity among the families. They were asked to step out of their comfort zones and use their bodies as parts of machines, and they used the improvisation credo “yes and” to embrace the activities. By the end, they were making social machines (families eating dinner, the routine of school etc). It was so awesome to see parents and guardians playing WITH their kids, instead of watching from the sides.” 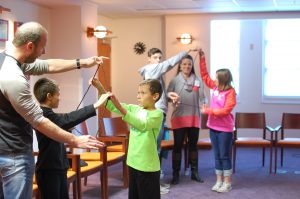 All in all, we were thrilled with the turnout and feedback from this workshop series. In a time when increasingly more time is spent on our digital devices, there is a clear need for family engagement workshops in the arts, and Arts NC State and the NC State Libraries intend to meet that need in the future. We’ll be moving full STEAM ahead!