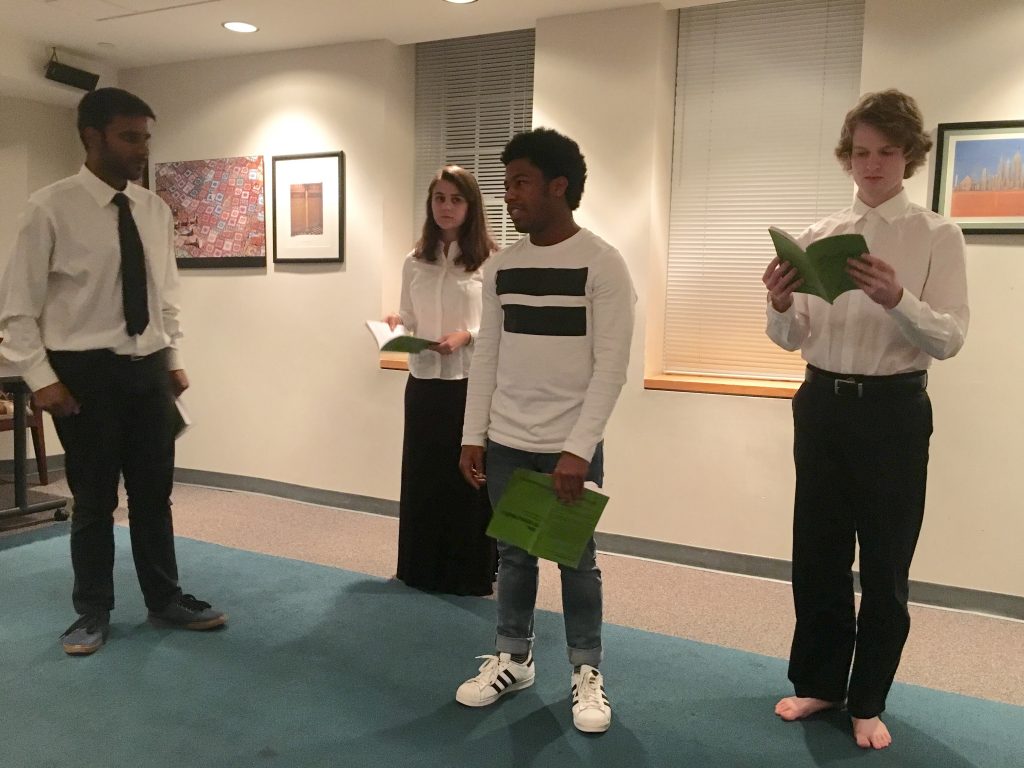 What if George Orwell’s prediction of a dystopian, authoritarian government came true? Themes of government surveillance, control, and free will are all being examined in the upcoming production of Nineteen Eighty-Four, adapted by Michael Gene Sullivan. Student director Meredith Biechele has modernized the classic tale of Winston Smith in a production that combines technology with art in Hunt Library’s Teaching and Visualization Lab. She uses the power of projections to create an environment that surrounds the audience with a modern Orwellian world full of secrets and surveillance. After developing this production for over a year, she has transformed her independent research Honors capstone project into a synthesis of art, creativity, and technology.

Immerse yourself in the world of Oceania where Big Brother is always watching you in a theatrical environment you’ve never seen before. Winston has been captured by the government and is interrogated by members of the party. As they go deeper into his story, even the most loyal party members begin to question their allegiance to the government. Thoughtcrime is ablaze as empathy and love begin to break the strict code of society but will it be enough? Prepare yourself for a doubleplusgood hour of Big Brother, doublethink, and a Three Minutes Hate in the Ministry of Love!
This show is free and open to the public. Productions will be November 19th at 7:30pm and November 20th at 2 pm in the Teaching and Visualization Lab in Hunt Library. There will be a talkback with the director and cast after Saturday’s performance. This production is sponsored by the Psi Kappa cast of Alpha Psi Omega and University Theatre.