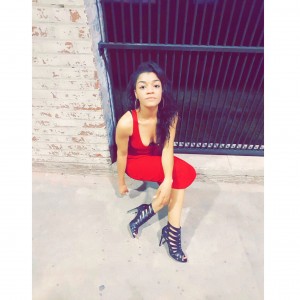 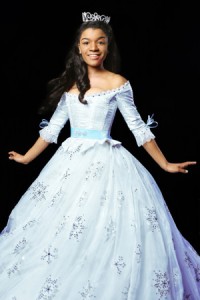 Doug Wright, president of the Dramatists guild, comments on the recent controversies at Clarion University where a playwright has pulled the rights to a show for not agreeing with the casting choices of the directors. Unfortunately, while creative freedoms of the writer are valid, decisions like these (hopefully) unintentionally bar access to arts programming from groups that are already marginalized. The culprit this time: race. It seems that race has been the center of every public discussion since the Ferguson shooting this past Fall.

Arts NC State makes every effort to create programs that will support the varying identities of the students at NC State University, but as each day passes and another global tragedy occurs, it seems that for some people of color, they don’t have a place to belong. Even in the places where we do belong, we often find ourselves struggling to find acceptance, and second-guessing every step. It is only those with an intense drive to be successful in the thing that they love who most often become successful. We do art because we love it, but there are times that the opportunities placed in front of us are so disconnected from our realities that we have to scoff and consider moving on to a more practical lifestyle.

I got the opportunity to sit down and have a conversation with Destiny McNeill, known to you as Destiny Diamond, who is now playing Cinderella in Cinderella at Raleigh Little Theatre. She and I have shared the stage in 2014 in University Theatre’s production of Chicago. From there, Destiny went on to continue perfecting her craft, and I continued to work behind the scenes. I got the chance to play Crystal this past spring in Little Shop of Horrors, and over the course of the conversation about her role in Cinderella, I found myself identifying with all of her anxieties about the show. When playing a role traditionally played by another race, it can be difficult to accept what you can bring to the table. “Did that sound too black?” “Should I try and sing that note a little prettier?” “Why did this director cast me if they didn’t want me to be myself?” “How do I fit into this vision without standing out?” The million thoughts that cross your mind in the span of a rehearsal range from disbelief to conceit. There can be a day when you swear you had the worst rehearsal possible, and yet the director praises you for all the strides you made. Perhaps the problem is not that we are incapable of doing incredible work, but that we spend much of our time ridden with anxiety and doubting ourselves. We don’t need to try and do it like a white girl would, we just need to be confident in what we bring to the table. That’s a lesson that none of us will ever be too successful to understand. There is nothing more that you can ever bring to the table than yourself.

Destiny has done interview after interview and feature after feature as the first “black” Cinderella at Raleigh Little Theatre, though the political correctness of society will only officially refer to her as African American. I haven’t gotten the chance to see the show yet, But I am expecting nothing short of “black girl magic” on that stage. The sad reality for many actresses of color, or with disability, is that we find ourselves hoping to get our “in” to roles that weren’t written for us. Many people would say, “If the roles aren’t there, you just need to create them.” I think the better way to phrase that is that we just need to produce them, because they are more than likely there. I cannot credit that logic to myself, as all young artists need people to admire. After a whirlwind of a summer, I am happy to know playwright Dominique Morrisseau, and thanks to a Facebook connection, I am always at the mercy of her wisdom. I can’t help but think that there will be some little black girl in the audience at Cinderella this December, who will see Destiny and all her talents, and befriend her, and learn from her. There is a reason that our mentors are called role models. Seeing Destiny shine on RLT’s stage will be the model for the roles that young actresses of color may aspire to. For those of you who aren’t people color, may you still be inspired by Destiny’s many talents.

To see Destiny and all her magic, you can buy tickets to RLT’s Cinderella here. Performances Run until December 20.