Today we say farewell to a great technician, artist, colleague and friend our Assistant Technical Director, Stephen Frausto. Known by all simply as Frausto, Stephen joined the University Theatre team in the fall of 2014 and the scene shop has never been the same. Frausto not only brought a professionalism to the job but a particular flavor of humor that will be greatly missed. I remember when his resume first came across our desks.

Clearly he was qualified but Frausto stood out. Under special skills he had listed, among other things, “gives great high fives”. He was right, it’s a damn good high five. And without skipping a beat Frausto hit the shop floor running. His ability to connect to the students was by far his greatest strength – and as a highly skilled carpenter, that’s saying a lot. Fast forward to his second year and Frausto’s art graced the stage with his beautiful and intricate design for Anon(ymous). An ingenious design that not only served the play and action well, but was beautiful to look at and lovely to light – despite it’s inherent obstacles… 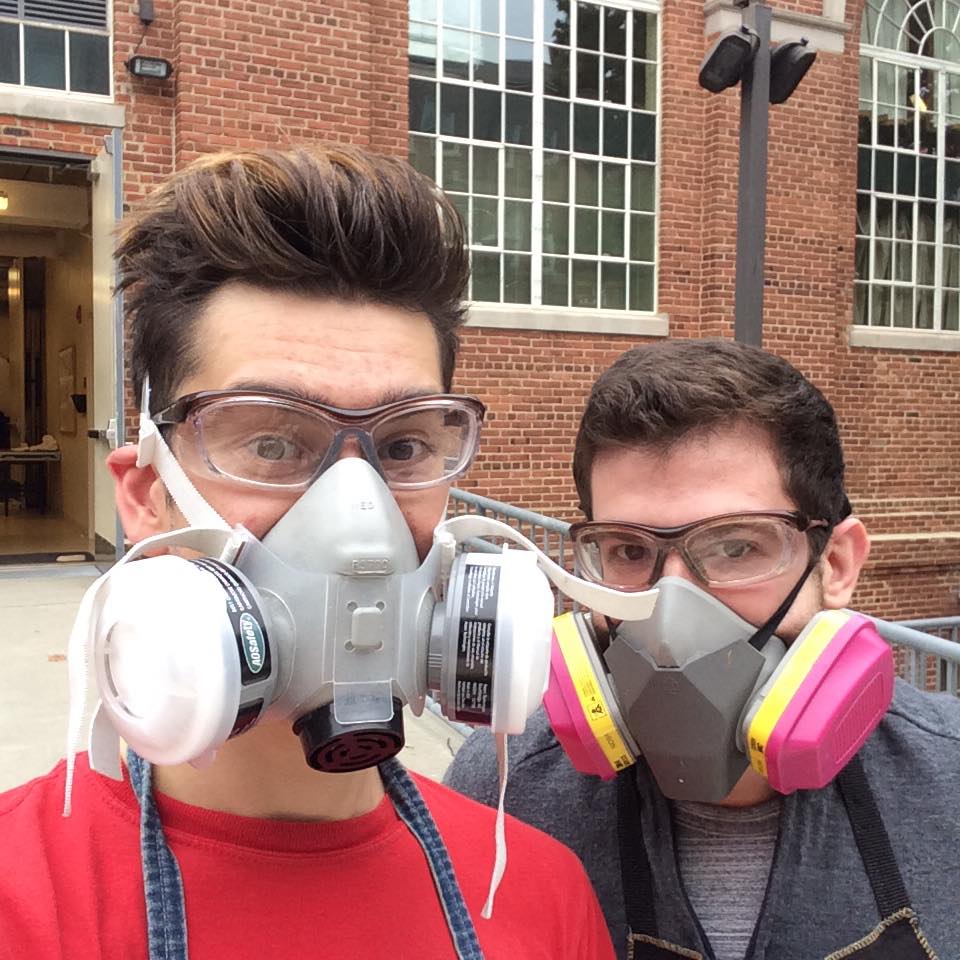 Frausto always ensured the students were first and foremost in University Theatre. He was a major component to University Theatre’s involvement in SETC (South Eastern Theatre Conference) implementing a job fair, mock interviews, resume workshops and reviews that ultimately led to many NC State students, non-theatre majors, gaining employment with national theatre companies. I personally roomed with him at SETC in Chattanooga and saw first hand how much he helped our students in their journey to working as artists and technicians. If ever there was a person who should continue in higher education, it is Stephen Frausto. 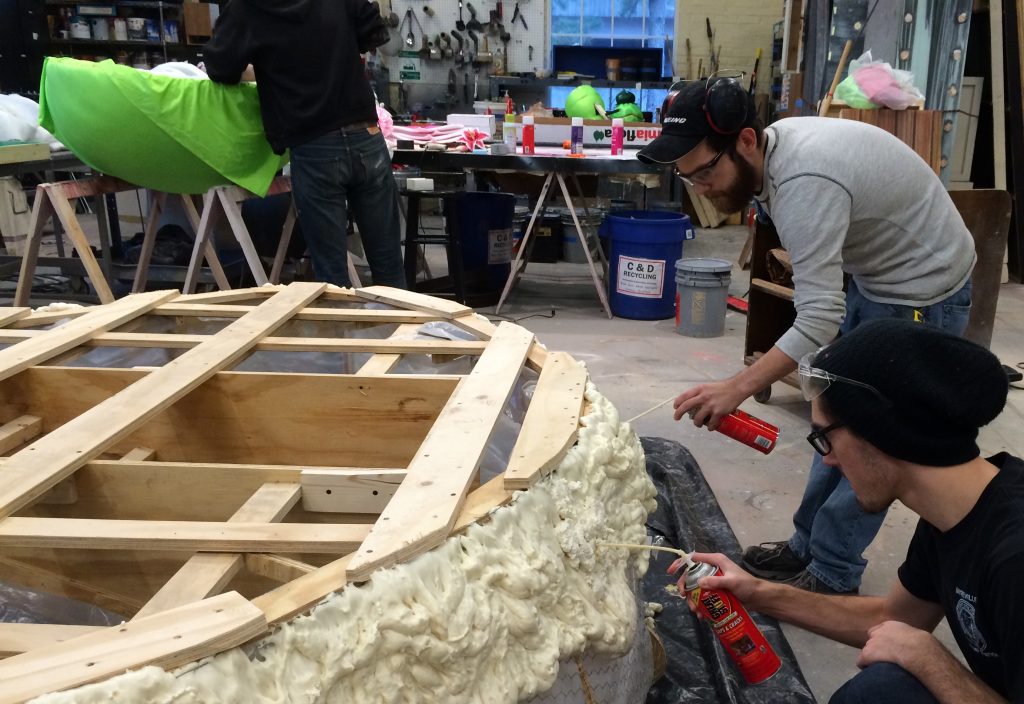 Frausto saw the completion of many designs here at University Theatre. From building a man-eating plant with 100 plus cans of Great Stuff to his expert welding and rigging skills Frausto has help tell many stories to countless audience members. He has been a player himself on our very own stages this spring. Frausto and his then fiancée chose the theatre to stage their wedding ceremony.

If ever there was a person who should continue in higher-education, it is Stephen Frausto.

Frausto will begin a new journey as a student at Perdue University obtaining an MFA in Technical Direction. He and his husband will be starting their new chapter in Indiana and we at NC State wish him the best.

Everyone here at University Theatre raises our hands one last time for the greatest high five. Ever.