The Right Person, at the Right Time 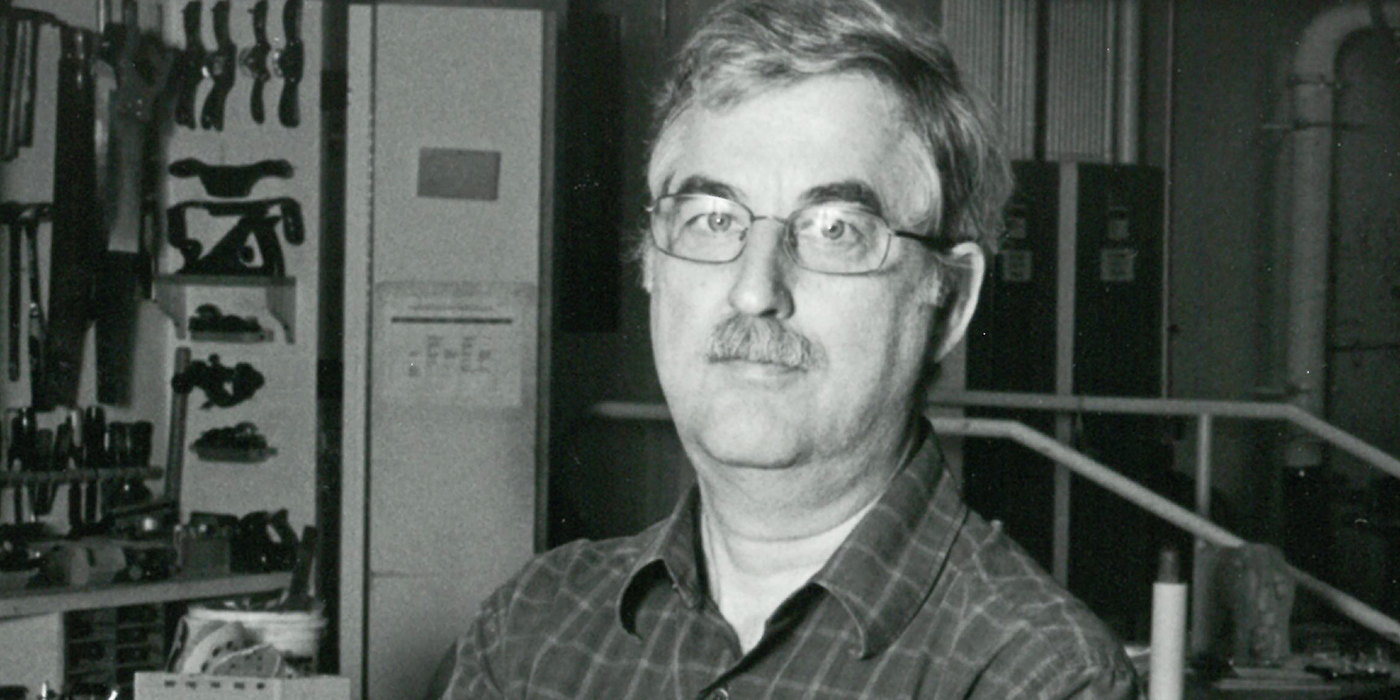 George Thomas did a double take when he saw potter Michelle Brooks near the entrance to the Crafts Center. A 1998 graduate, Brooks hadn’t been to the center in 14 years, so her reappearance at the Holiday Crafts Fair was unexpected.

But Thomas’ surprise was nothing compared to Brooks’. Since her departure from the area, the Crafts Center has gone through a dramatic transformation both in artistic resources and programming. And that’s due in no small part to Thomas, 58, who will retire in February after nine years as director and decades on staff. Brooks called the changes “breathtaking.”

“The sense of culture and art in one building was inspiring,” said Brooks, a horticultural sciences major who spent many hours in the Crafts Center in her college years. She was so inspired by her November visit that she went to a friend’s studio after returning to Maryland and began working with clay again after a five-year hiatus.

“The buzz and electricity in the air at the Crafts Center woke me up again,” she said.

Angel Cruz knows that buzz well. A Ph.D. student in the Crop and Soil Sciences Department, Cruz has taken a class at the Crafts Center almost every semester in her six years at NC State. Besides being interesting, fun and challenging, she says, the classes also keep her disciplined.

“I’m more productive during the day because I’m feeling excited about something I’m doing that night,” she says of her classes in wood turning, pottery, glasswork, jewelry-making and more.

Cruz is one of many students invited to teach at the Crafts Center in recent years, in an effort to increase student engagement. Cruz teaches how to make body care products such as lip balms and soaps. Her class is open to the public, though some student-taught classes and workshops are reserved solely for fellow students.

Cruz says teaching increases her own creativity and openness to risk-taking, because participants often come up with intriguing new ideas.

Sam Mayes agrees. A junior in computer and electrical engineering, he teaches people how to make electric cigar box guitars.

“I think teaching improves anyone’s life,” says Mayes, who worked closely with Thomas to design his class. “It makes you think through the things you’re doing and analyze the processes you follow, instead of just focusing on the end goal. If I can make some object and be pleased with the end result, that’s one thing, but it’s much more challenging to lay out and schedule a plan that allows a group of people to successfully make that same object in a limited series of classes.”

Alex Barnes, a senior majoring in mechanical engineering, says his academic growth has improved due to the classes he takes and teaches at the Crafts Center. In his first class, he learned how to make a wooden bowl using a lathe. Now he teaches others to do the same.

“Working on my own projects has definitely helped me with other aspects of my life,” he says. “I am more aware of manufacturing processes and how things are made, which comes in handy for my engineering classes. I also design most of the projects that I want to build, so I know how a project is organized from start to finish. It also teaches me to be patient and persistent.”

Thomas knows well the benefits of pursuing a craft, both as a student and later in life. He discovered the Crafts Center in 1978, while majoring in technology education at NC State. Enamored, he headed to the wood shop four to five nights a week to practice woodcarving and learn to make furniture. Eager to land a job there, Thomas served as a student shop attendant during college and a community volunteer thereafter, while teaching wood shop full-time at East Garner Middle School.

In 1990, Thomas joined the Crafts Center full time as assistant director. When longtime director Jim Pressley retired in 2007, Thomas was promoted to interim director. That position became permanent in 2009, as the center prepared to reopen after a two-year, $16 million renovation of its historic home base, Frank Thompson Hall.

“The university is very much different than when I first learned about the Crafts Center in 1978 as an NC State student. Today’s education is far less bound by the traditional concept of book and classroom. As instructors seek new ways to make lessons real, I’m most proud that the Crafts Center has reached out to enhance the educational experience though meaningful support of the whole student.

“Thank you to past directors Conrad Weiser and Jim Pressley for laying the foundation and to the wonderful staff, team of teachers and volunteers whose efforts support the Crafts Center daily.”

The renovated center is a far cry from the program’s humble start in the 1950s as a recreational outlet with limited offerings for students and their spouses. Each decade brought new growth and ambition, and now it’s one of the largest university crafts centers in the nation.

Jim Wallace, a wood turning instructor at the Crafts Center for 30 years, praised Thomas’ leadership and vision through the renovation and thereafter.

“George not only ensured the continued survival of the Crafts Center, he made it better,” Wallace says. With updated tools and machinery, and reimagined studio spaces, the renovated Crafts Center is able to attract and serve far more people, most notably students.

Thomas’ instincts were on target. Student participation is now at an all-time high. And as students such as Gallentine – a senior majoring in aerospace engineering – prepare to graduate, they do so with confidence and creative problem-solving skills that will serve them well in their professions and beyond. Gallentine has already begun building a cherry wood kitchen table that he and his fiancée plan to use for years to come, a memento of – and tribute to – his education at the Crafts Center.

Wallace, the wood turning instructor, says Thomas has worked diligently to continually reshape an environment where students can explore and thrive.

“George is always focused on the students,” Wallace says. “He makes a concerted effort to engage new students and to respond to the needs and desires of returning students. George always reviews the class evaluations and will make changes based on the comments that are made. Above all, what I have seen is that he wants the NC State students to experience the joy of self-expression that comes from creating something that begins with the students’ imagination. George encourages spontaneity but teaches the value of craftsmanship.”

Thomas says he’ll miss helping Crafts Center participants build skills and discover talents they didn’t know they had. But he’s also looking forward to spending his early retirement with his wife, and delving deeper into his growing interest in his family’s ancestral history.

“As he retires, he will be passing forward an amazing, one-of-a-kind legacy to future generations of NC State students,” Pressley says. “George has been the right person, at the right time, to oversee the growth and enrichment of this very special place.”

Orla Swift was a theatre critic and arts reporter at the News & Observer and other newspapers for 20 years. She is now director of marketing and communications at Sarah P. Duke Gardens.

This article was originally published in the Spring 2017 issue of #creativestate, the official magazine of Arts NC State.