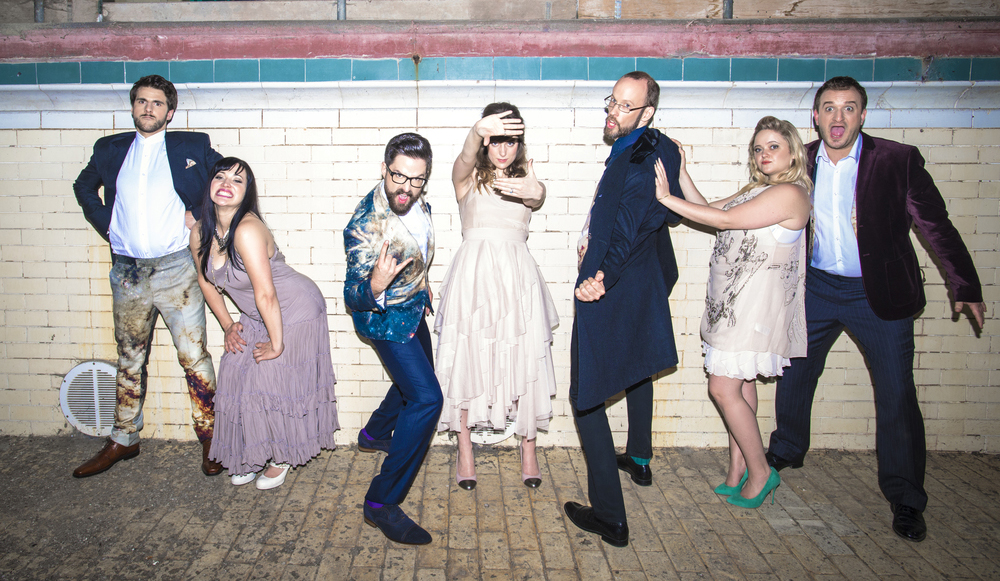 We’re calling this The Swingles’ “Third Time’s the Charm Tour.”

The first try: February 17, 2015. Raleigh experienced a bit of ice and snow. The typical “clear the shelves of milk and bread” panic ensued. NC State University closed. Meanwhile, the members of The Swingles, already in town, played for pool for two nights at the PR (aka, The Players’ Retreat).

The second try: December 10, 2015. Even though they made it to Raleigh in February, the Swingles graciously offered to come back during their December 2015 East Coast holiday tour. The catch was, due to major delays by the US office that processes work visas, the Swingles ended up having to cancel their entire tour. We held out hope until the last possible minute. The singers were going to take the direct flight from London on the day of the concert, and come directly to Stewart Theatre from RDU. When the US Embassy closed at 17:30 GMT (12:30pm EST in Raleigh) on December 9, so did our window of opportunity.

The third try that’s going to work: April 27, 2016. The Swingles’ Spring 2016 launched on March 29. They’re in the country! Winter is behind us, and hurricane season doesn’t begin until June 1.

Folks… this has taken a LOT of effort. Do NOT miss what promises to be a fabulous concert by one of the greatest a cappella ensembles on the planet!