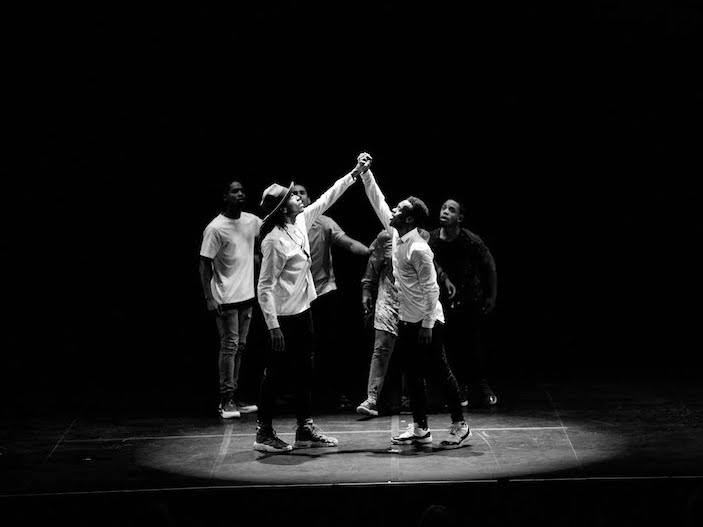 On Saturday, February 2nd, NC State LIVE hosted the performance of Love Heals All Wounds. The masterpiece was created by Lil Buck and Jon Boogz, two movement artists from Memphis (Buck) and Miami (Boogz). The two dancers and their team of performers captivated the crowd through unique dance routines featuring themes such as the harmful impact of humans on mother nature, the tragic effect of mass incarceration and police brutality, the division our nation faces and discrimination of gender and race. The performance included the mesmerizing spoken word of Robin Sanders; delivered to the audience in a powerful voice full of raw emotion. If you want to learn more, you can read my article that gives a preview of the event.

Buck and Boogz aim to bring their audience together through the art of dance. Their goal is to raise awareness of the social injustices in an innovative, original way versus through the typical spouting of repeated facts seen in the media. Through the power of love, Buck and Boogz hope to influence their audiences to become unified and set aside differences and prejudices to work towards finding a solution. I was lucky enough to grab the two artists before they went onstage to ask them about their process and the performance in a quick interview. 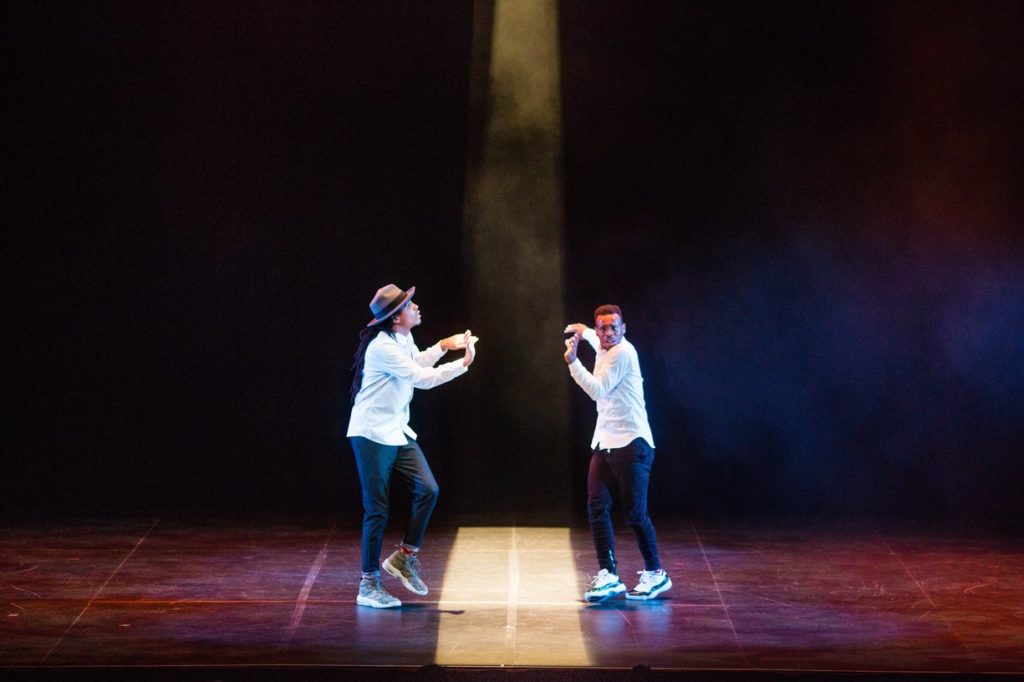 What is the message behind Love Heals All Wounds?

LIL BUCK: Our message is very simple and direct. We are sharing a bunch of different messages, but the main goal is to bring awareness to the power of love and how love can be used as a tool for healing for so many things. We bring awareness to a lot of issues that go over people’s heads because we may feel like those issues don’t affect us individually. When we are at home and we see things on the news, sometimes it just blows past us because we feel like we aren’t affected. But in actuality, the whole world is affected by all of this. We are apart of it. Our performances bring awareness to police brutality, mass incarceration, climate change, all of these different things.

What does the scene in the performance about walls and borders mean?

JON BOOGZ: The scene touches on the literal borders with the immigration issues, but it is also a representation of ideas. There are a lot of ideas that keep people from connecting to each other. It’s about literal borders and mental borders. Like people judging others for their sexual orientation or the color or their skin, and just things that cause people to stop having those organic, human connections.

What kind of music was incorporated into the performance and what was the inspiration behind the choice?

LIL BUCK: We tend to let the story or the theme of what we are trying to portray with our movement guide the music. We think, “what does it sound like, what does it look like, what does it feel like?” Once we find out what it looks and feels like, we think about what the emotion sounds like. A lot of the music in the performance is original composition from a friend named Jason Yang, who is a composer and violinist. There are a lot of strings mixed with hip-hop beats that really bring to life the performance.

What kind of dance styles can be seen in Love Heals All Wounds?

JON BOOGZ: Predominantly Memphis jookin’ and poppin’ are two main styles in the show, but a lot of our cast members have talents in other aspects of contemporary styles. But the performance mostly includes contemporary dance.

What are your hopes for Movement Art Is (MAI)?

JON BOOGZ: Well, we really just want to inspire positive change in the world through movement. We have that common passion and belief that dance is not just used for entertainment: it is a tool to break down socioeconomic boundaries, it can bring people together, it can unify people, it can heal. It’s bigger than just aesthetically pleasing an audience. In our organization, we use dance to touch on powerful narratives to hopefully spark dialogue about these things. We aren’t politicians, we don’t make laws. But we can use our platform to trigger something emotionally in our audience so that they might talk to their friends or family after the event. And that’s how you start creating change from the ground up. And through having these conversations and admitting we have a problem, that’s the first step to action. It’s just about bringing awareness and the rest is up to the people to change.

It’s really neat how you guys use dance movements to convey a message because you always can read about it – but that’s pretty boring compared to what you guys do.

JON BOOGZ: Yeah, it’s a different way to bring things to life. People digest things different when it’s just music, movement and expression. It’s like when you listen to a song you like; it might make you cry or give you chills. Music creates frequencies and vibrations. Then when you match something aesthetically to it and add a narrative to it, you’re layering things on top of that music. Like I can say, “I think police brutality is messed up,” but if you see it aesthetically or expressively, you take it in differently than ranting about it.

LIL BUCK: I personally feel like art just speaks to the soul instead of just the ears.

If you enjoyed Buck and Boogz performance of Love Heals All Wounds or are interested in the intersection of dance and social justice, check out David Roussève/REALITY’s Halfway to Dawn – The Strayhorn Project on March 2nd.

Visit the NC State LIVE website to learn about other exciting events you don’t want to miss out on!

We shine our spotlight on Latin Dance student organization, Sube Ritmo who are dancing despite it all.

Ken Hoover of CVNC reviewed The Swingles’ April 27th performance at NC State. “Listening to the local appearance of The Swingles at Stewart Theatre, on the campus of NCSU, it was perfectly clear that they

Just Cuz Crew is comprised of student dancers with various backgrounds — some dancers have had years of multiple training and some never had performing dance experience. Some dance for fun and enjoyment while others

I Found Family in Dance

The finale move sent me to oblivion. The stage light dims and I hear nothing – not even the growing volume of the applause sounding from the audience. All I could hear was the exhaustion resonating