It’s Thursday night and it’s time for the next… step. It’s time to look at another one of Raleigh’s artist contributing to TheatreFEST 2018.

This year University Theatre continues its mission to bring professional artists and students together as we mount our 2018 TheatreFEST season. With the generous support of the Raleigh Arts Council and the John McIlwee Endowment, University Theatre is not only tapping the talent of Raleigh’s performers but also its designers, choreographers, and artisans.

This week we take a look at Eric Alexander Collins, sound designer for The 39 Steps, a show that will push the limits of our acoustic abilities at NC State. Early on we recognized the scope and scale for the sound on a show like The 39 Steps and knew we needed to bring in the big guns. Here’s Eric in his own words:

I’ve been offered THE 39 STEPS on two occasions. Both times theatre companies looking for a designer at the last minute. Both times I declined as anyone who knows THE 39 STEPS understands its a sound design beast, and not a show one wants to throw together.

I really enjoy closing my eyes and running through the cues to “hear” the story unfold.

Last year, University Theatre offered me THE 39 STEPS. Everything was perfect except the little fact that I had three shows during the time they’d mount the show this summer. Fortunately, with that amount of lead time, I could build the show well in advance. Even have the show to them for use in rehearsals.

Well I’m almost finished. 34 sub-folders of sound effects and a library of over 400 sound files. Nine folders of train sounds. Three folders for planes, and five folders worth of automobiles. 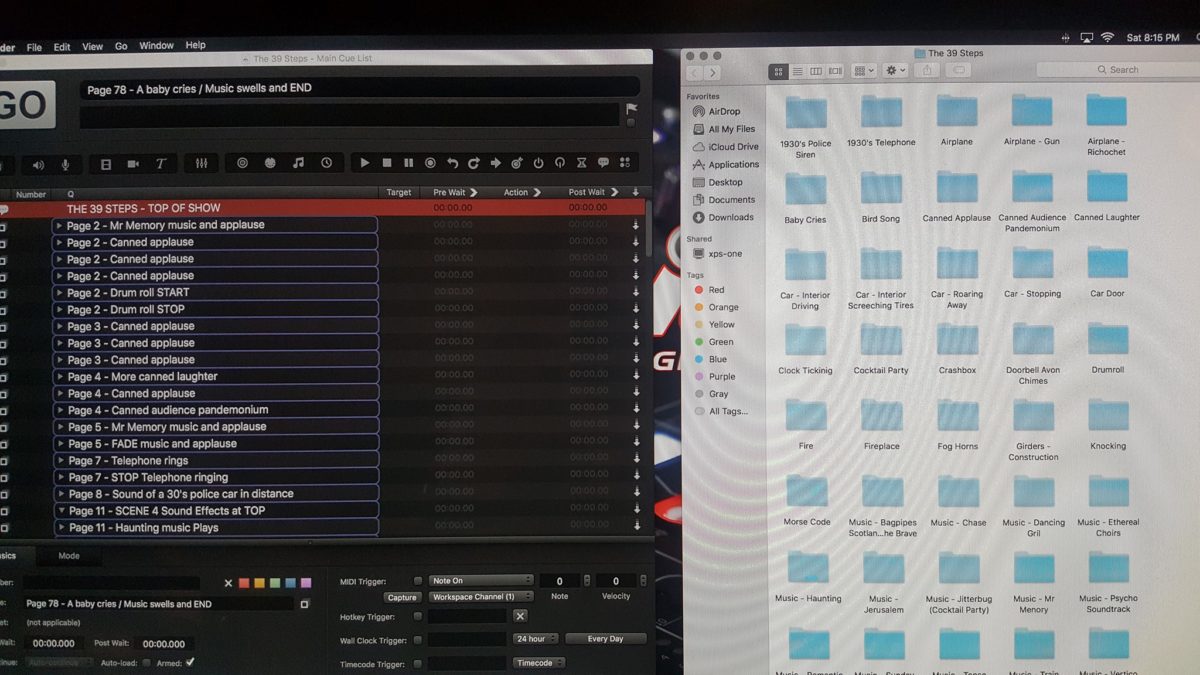 It’s really is a lot like doing sound for film. In fact, I really enjoy closing my eyes and running through the cues to “hear” the story unfold.

I’m also enjoying tipping the hat to Mr. Hitchcock at every opportunity.

ERIC ALEXANDER COLLINS (Sound Designer) has served the industry for over 25 years, where he has worked across the U.S., Europe, and Australia… including the iconic Sydney Opera House! Eric has been awarded Best Sound Design by BroadwayWorld the past two years running for Theatre Raleigh’s The Mystery of Edwin Drood(2016), and North Carolina Theatre’s Billy Elliot: The Musical (2015), Recent credits include: University Theatre (N.C.S.U.): Anon(ymous). The (Real) MerryHousewives of Widsor. Pride and Prejudice.

TheatreFest 2018 is funded in part by the City of Raleigh based on recommendations of the Raleigh Arts Commission.