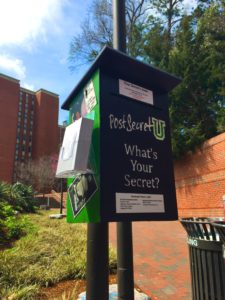 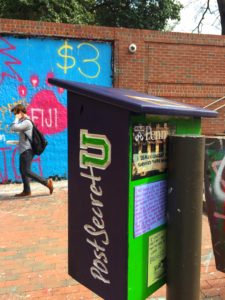 rets. It’s just human nature. In 2004, a man named Frank Warren set up a project to explore a way for folks to “release” their deepest secrets – anonymously. He bought 3,000 blank postcards and wrote two things on the back: his home address and an invitation to anonymously share a secret. He then passed the unstamped cards all over town.

The concept of the project was for people to design a postcard and portray a secret that they had never previously revealed. Entries ranged from all kinds of admissions and confessions to embarrassing habits, secret desires, hopes and dreams, etc. Warren contended that through the action of writing and submitting one’s private thoughts, people could confront their deepest truths and begin to heal. Thousands of the cards came back to him so he created a blog to display them all. He called it “PostSecret,” which has become one of the world’s most popular blogsites at: PostSecret.com. 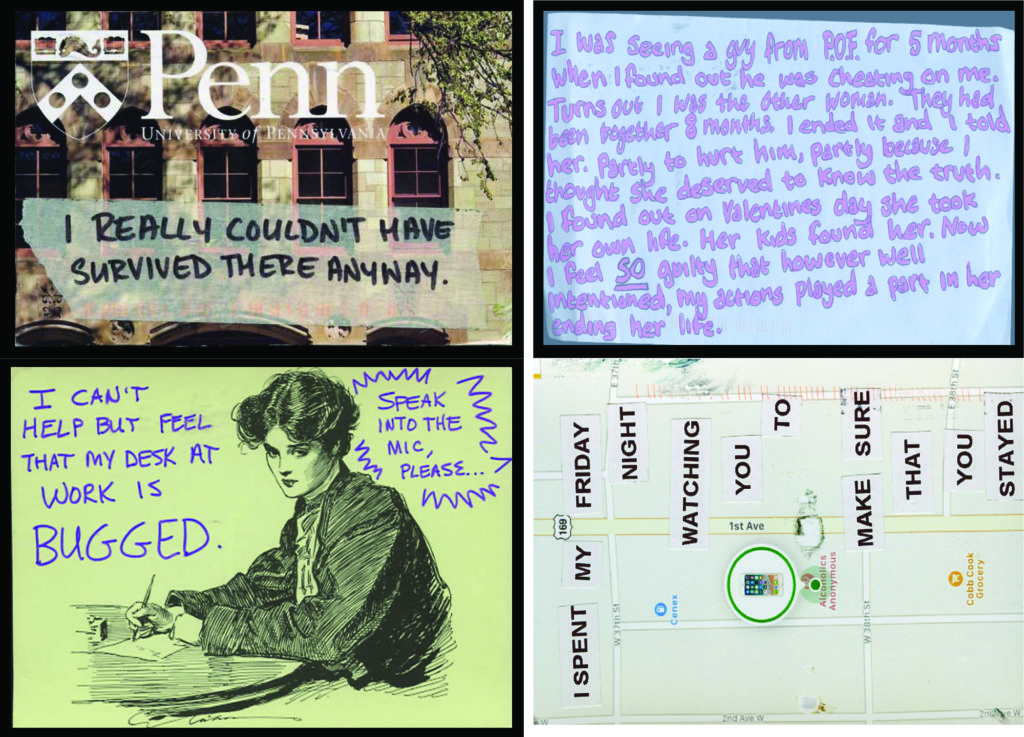 In an effort to broaden its reach and engage students of all disciplines across NC State’s campus, the Crafts Center is leading a campus-wide project called #PackSecrets. Plans for the project have been underway, thanks to a team of Caldwell Fellows students who took on #PackSecrets as their fall service learning project. The students painted #PackSecrets “drop boxes” that will be placed in various locations on campus for people to deposit their postcards anonymously. Made at the Crafts Center by our Woodshop Manager, Zachary Gregory, these boxes are locked and secured. Once the cards are collected, they will be used for a large-scale, modular installation and they will be featured in an exhibition in the gallery at the Crafts Center running from August into November.

The Crafts Center is working in collaboration with many campus organizations, including The Counseling Center, The Women’s Center, the GLBT Center, Arts Village, NC State LIVE, Greek Life, and NCSU Libraries, to bring this project to fruition. Events for card-making as well as lectures, discussions, films and support sessions will be going on throughout the year – as well as related performances and events with Arts NC State.

A project of this magnitude would not be complete without bringing founder, Frank Warren, to campus. Warren will speak at Stewart Theatre this fall. The event is co-presented by NC State LIVE and the Crafts Center and will be open to the public. Warren also sign copies of his PostSecret books, which will be available for purchase after his talk. Look for more details and ticket information closer to event time. 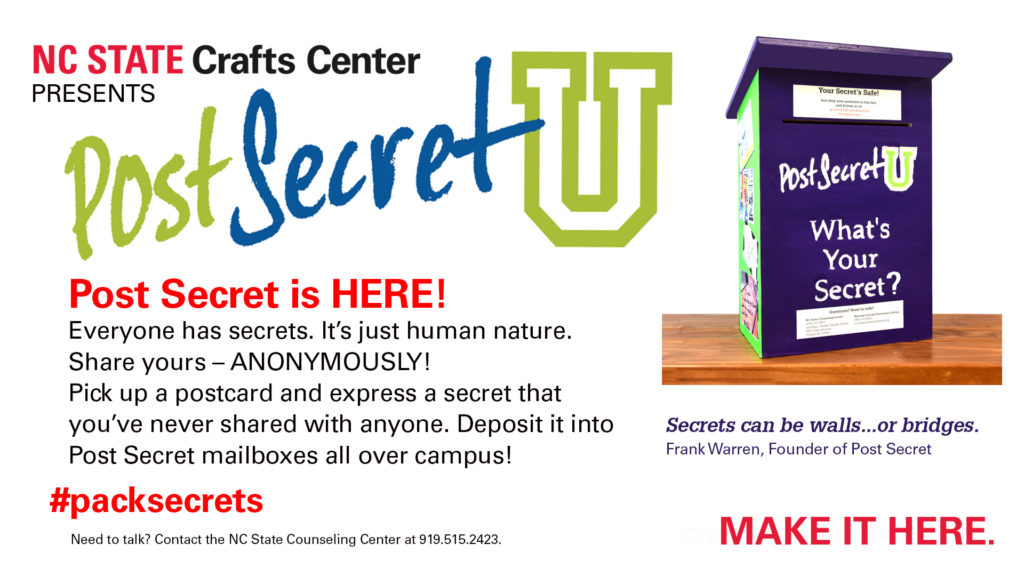