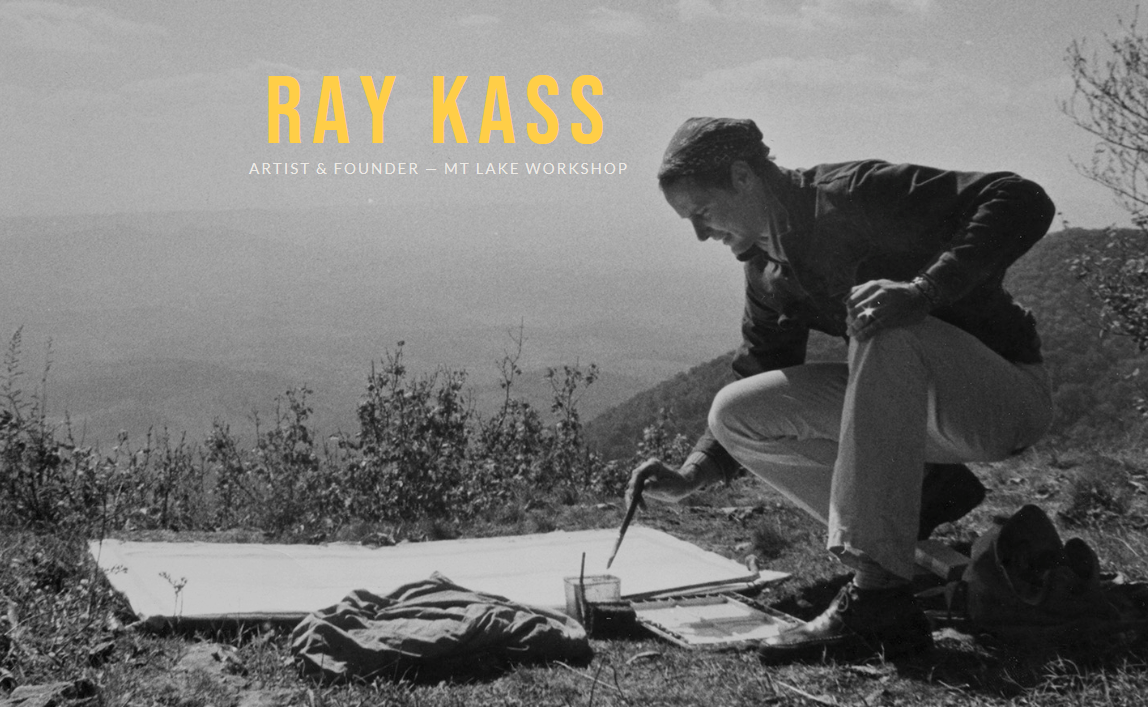 Talk to anyone at the Crafts Center and they will tell you there is a underlying sense of serendipity to its space. Perhaps it’s the communal aspects of the work spaces themselves. Perhaps it’s the windows-for-walls theme for each room. Regardless, there is a sense that things made in the Crafts Center aren’t just the creation of a single individual, but of the space it itself. It leaves an imprint on the artists. It’s this open embracing of serendipity that make Ray Kass’ residency at NC State a perfect fit.

Happenstance and the Mountain Lake Workshops

Ray Kass is perhaps best known for his involvement in the Mountain Lake Workshop. The Mountain Lake Workshops, which began in 1983, are “a collaborative, community-based art project drawing on the customs, environmental and technological resources of the New River Valley and the Appalachian Region” (raykass.com). Drawing thinkers, artists, and artist/thinkers from around the region, these Mountain Lake Workshops challenged the common notions of artistic intention. Artists were encouraged to relinquish control over the final outcome of their artistic endeavors. Rather, artists would collaborate with their surroundings. This could involve other artists, or simply the environment in which the art was created. Perhaps using rocks to ink a canvas rather than brushes, or maybe the feet of those nearby, or the tracks of a wheelchair. There is a beauty in happenstance, and process. 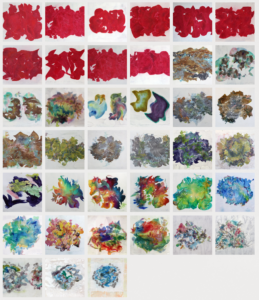 Art “of” the Environment not “about”

The Mountain Lake Workshops approached art not as final product, but as a process. Artists were encouraged to engage with the moment rather than their notions of what the final product will look like. As such they would use alternative methods of creating. For example, some artist might spend time “smoking” paper, leaving wisps of ashy waves and crescendos across the surface.

This is far departure from common conceptions of the role of the artist. One example might be how a writer describes a scene. At best they offer a linguistic interpretation of an idea or event, but they always leave the reader at least one degree of abstraction away from the subject they are writing about. The same can be said of a landscape painting. No matter how realistic the final product might be, the painter is still translating their mind’s eye onto the canvas; there is deterministic, and descriptive process involved. Kass, in contrast, allows the media to make these decisions for him, and his media is often Avant Garde. If traces of smoke are your paintbrush, then the image is truer to the smoke. 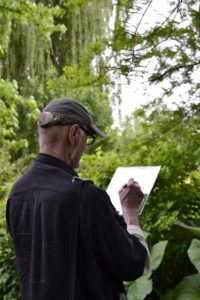 Ray Kass will be performing a residency at NC State this fall, and the work that comes out of his time on our campus will be featured in an exhibit at the Gregg Museum in partnership with the Arts Village, the Arts Studies Department, the College of Design, and of course the Crafts Center, and on August 23, the Gregg Museum will open an exhibition featuring works from the Mountain Lake Workshop that have rarely been seen. NC State is excited for Kass to come and bring his talents to our artistic community.