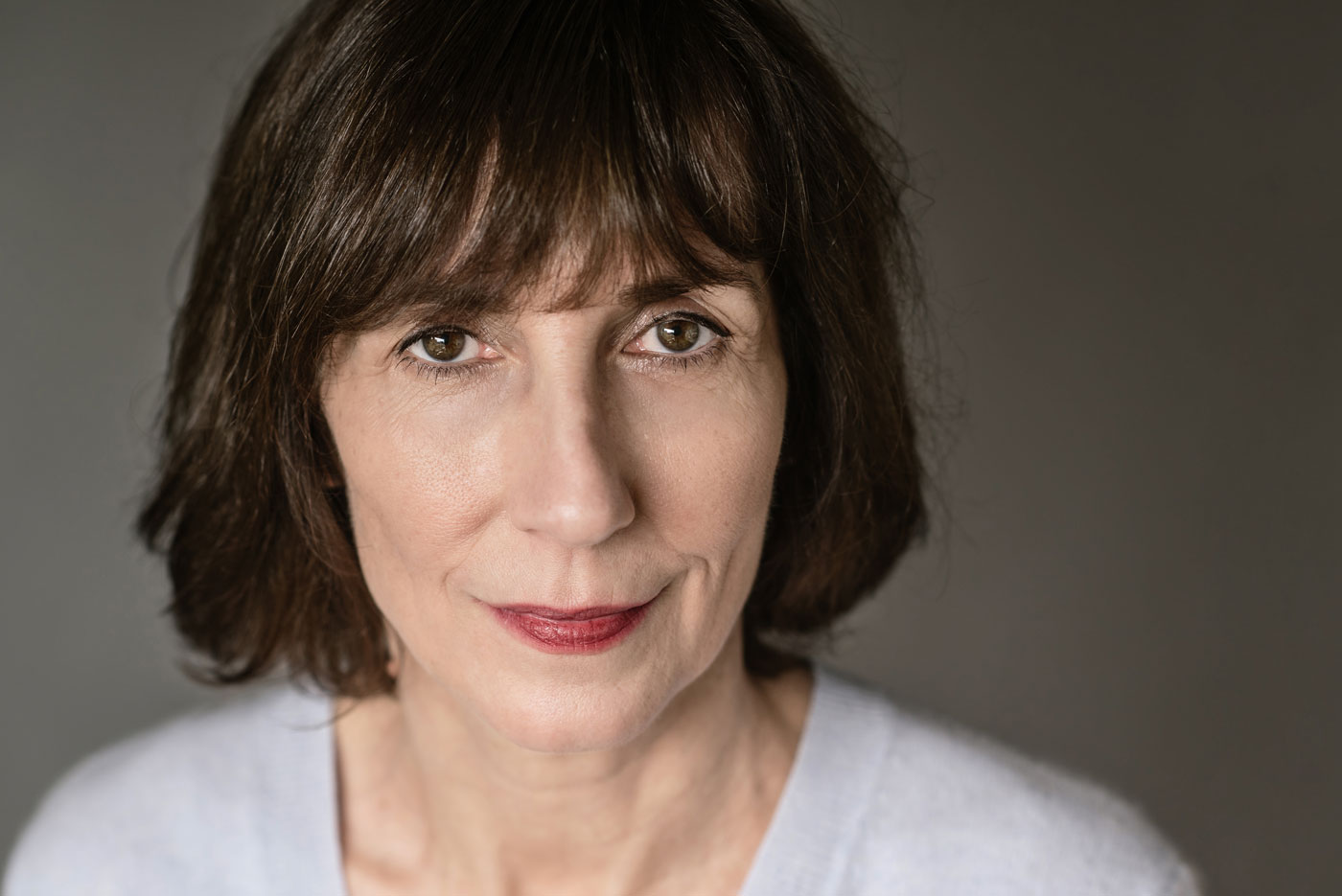 At the end of the spring 2016 semester, Robin Harris will retire after leading the NC State Dance Program for thirty years. The article below was originally published in the Spring 2016 issue of #creativestate, the official magazine of Arts NC State.

“Dance is a language, a way to process and understand the world around us.” So says the NC State Dance Program’s home page. That seemingly simple sentence sums up the viewpoint of Robin Harris, who has been the program’s director for 30 years. She came to dance from language. As an undergraduate, Harris majored in French. She was interested in the structures and nuances of languages.

As a freshman at The Ohio State University, Harris discovered modern dance. “I finished my French degree in three years so that I could dance,” she said. “I didn’t consider myself an artist at the beginning.” She earned her graduate degree in dance at Ohio State, but followed her language interests to focus on theory and Labanotation, a system for analyzing and recording movement that remains highly useful in preserving aspects of the ephemeral art, even far into the digital imaging age. Harris learned and taught choreographic craft, but thought she’d go on to teach theory and Labanotation.

After completing her graduate degree, Harris picked Raleigh as an up-and-coming spot, and a likely place to start her career. She started teaching at Enloe High School, where she began choreographing dances on the students, and in the process, refined her own value system.

“I started choosing projects based on my own personal history, and from our common history,” Harris said. In a twist on the then-common quip about the personal being political, Harris realized that “from the specific, you can talk about the universal.”

By the time she was hired by NC State University in 1986 to teach a modern dance class and other courses, Harris was also clear on another key component of her dance aesthetic: “It is not just content that’s important: craft is essential, and that’s what I teach here. The structure itself needs to give information about the idea.”

After a year, Harris founded the NCSU Dance Company in 1987.

“We had no funding. Zero funding.” But Harris had a clear idea about how dance could thrive at State.

Her approach to dance-making parallels the “form follows function” dictum of 20th century Modernism, which was well-known in the Design and Architecture Schools, and her evidence-based choreographic process that relies on truth to source materials echoes both the craft process and the scientific method. While art-making might be out of the experiential zone for most NC State students, rigorous research and analysis, and a concomitant pursuit of the truth, are not. So was born a program that – without offering a major, without even its own studio – has become renowned throughout the state and around the country.

Diane DeFries and Harris had known each other in graduate school, and reconnected when DeFries became the executive director of the American College Dance Association. DeFries makes the point that Harris’ way of spinning straw into gold – whether building a program or making a dance – is intrinsic to her character. “I came to understand that mining the richness of limitations defines her unique artistic voice. In a field where ‘more’ is highly valued – more performers, more movement, more lights, more energy – Robin shows how ‘less’ can be incredibly powerful. The quiet of her work reveals amazing strength. Her craft is impeccable and her art is profound.”

Both in her own art and in her teaching, Harris emphasizes research to acquire information needed to develop a vocabulary for the content. She creates a journal for each dance she develops, collecting and collating emotional, visual and verbal material, musical ideas and of course, choreographic notations. All that “tangible evidence” of the ideas, feelings and images in play informs the dance-making.

“I encourage movement vocabulary developed especially for the specific content,” she says. Just as she does, Harris’ students start with an idea – often something from daily life, or a big emotional experience. Then comes research into its aspects, in order to invent expressive physical vocabulary. From that basic movement language, the choreographers build phrases, and find the overall structure that best reinforces the idea. This working method allows student dancers and choreographers to make strong art, but it requires real commitment of time and heart, and the willingness to stretch physically, emotionally and intellectually.

Commenting on the many NC State students who have performed at the ACDA regional conference and the National College Dance Festival, DeFries adds, “The NCSU student dancers who worked with Robin were remarkable in their maturity of performance. In addition, the student choreography I was privileged to see did not resemble Robin’s, but her guiding hand was evident in the clear conceptual focus of the dance.”

“The work in this program requires honesty, so we have to strip away a lot of things from the normal student-teacher relationship,” Harris says. “Because the work in the company is content-driven, I have to get to know them – so it is like a family that way. We really do love them for who they are. What makes them a company is a common approach to the work. They don’t have to be alike.”

That, and the 20 hours per week the NCSU Dance Company members commit to spending in the studio each week – the same amount of time spent in practice by varsity athletes.

“We establish a strong work ethic,” said Harris, “and also help them manage and prioritize. They are good at it – they are already good time managers. I recognized from the beginning who my students were, and valued that. I had these super-smart students bringing what they knew and their problem-solving abilities from their major disciplines into the creative process.” Where some might have seen the lack of a dance major as a problem, Harris has used it as an asset, drawing students and their knowledge bases from all over the university. In turn, “the process we go through in the Company, the values can be applied in other disciplines.”

Dr. Fay Cobb Payton is an associate professor in NC State’s Poole College of Management who is studying how that works. “I initiated the project and wanted to collaborate with the Dance Department as a lover of the arts. I am particularly interested in the link between STEM majors and dance (some call this STEAM) [with the added A for arts]. Nonetheless, often students (as I was in my formative years) are directed to choose… that is, you cannot do both dance (arts) and a STEM discipline. I am interested in the engagement to enable students to ‘do both’ as a complement, not as an either-or proposition.”

An exemplar of the possibilities for “STEAM” is Ashley Walls White, a Ph.D. student in the mathematics department who also holds a B.S. and M.S. in mathematics as well as a B.S. in Philosophy from NC State. “This is my ninth year at NC State and my ninth year of involvement with the NCSU Dance Company,” says White. “The NCSU Dance Company is immeasurably important to me, it has been the experience that has influenced and shaped me most as a person while at NC State; it’s where I learned to be an artist and a human. I’ve always said that from a broad perspective, in math, or in philosophy, or in dance making I’m doing the same thing – invoking a line of inquiry and following a logical path to come up with a solution or answer to that inquiry.

“Robin Harris taught me a clear and comprehensive approach to choreographic craft that makes inquiry in choreography as logical and straightforward as writing a proof in mathematics or arguing a point in philosophy; which is not to say that any of those things are easy, or accomplished without a great deal of creativity and care. Laban Movement Analysis and dance theory that Robin introduced to us in the Company were actually the inspiration for my Masters project in mathematics, An application of Abstract Algebra to Modern Dance Composition, and I presented results from this work in the MoSAIC (Mathematics of Society, Art, Industry and Culture) conference hosted by NC State in 2015.”

Sometimes, though, Harris’ students have been dancer-choreographers through and through. A prominent Raleigh example is Carol Kyles Finley, professor and director of dance at Meredith College, another hub of modern dance. Speaking as a former student, a colleague – she and Harris set work on each other’s students – and director of a college dance program, Finley says “I have been inspired by Robin’s creative process, work ethic, and vision since meeting her as undergraduate at NC State in Spring of 1989. After taking several classes with her in modern, ballet, and composition, I joined the NCSU Dance Company under her direction.

“I felt then, and know directly now, that participation in a rich, well-developed co-curricular program in dance is impactful to every aspect of academic, community, and professional life. Robin in particular is so process oriented that her students leave NC State with highly effective problem solving skills that can be applied in any field. She teaches and lives by creative principles that are admirable for their purpose and spirit; she put NC State dance on the map.”

DeFries, the American College Dance Association director, concurs: “At ACDA events, all kinds of dance programs come together to share work and dance. The particular strengths of the NC State program – Robin’s vision, the dancers’ maturity in performing these challenging works, the student choreography – are shared with hundreds of dancers as well as adjudicators. These strengths have been recognized over the years through the selection of 17 faculty and student dances for regional conference gala performances and seven dances for the National College Dance Festival. This is a remarkable honor for any dance program, but it is an exceptional tribute to a non-major program. Under Robin’s leadership, NC State has been a clear presence in dance in higher education both regionally and nationally.”

Robin Harris came to teach a class, and created something of far greater scope and significance than anyone had dreamed in 1986. After 30 years, half her life, she will retire at the end of the spring 2016 semester. When she arrived at NC State, “Dance was not connected to any other arts programs.” Now Dance is part of Arts NC State, where, she said, “the arts have been growing and flourishing… All the programs are strengthening and developing on their own, so collectively we are stronger.

“I so appreciate the career I’ve had here. I’ve had such meaningful relationships with my students: who they are has contributed to who I am. I’ve been able to develop as a teacher and an artist in an honest way, and to be the mother to my children I needed to be.

A choreographer knows the moment when a leap is called for; a dancer knows its instant. Harris knows it’s time to leap toward a new dance, a new vocabulary, in the language structure of her invention.

“I want to organize the structure of my life differently now.” Expect tangible evidence.

Kate Dobbs Ariail has written widely on the arts since 1988. The Five Points Star, her cultural criticism blog, can be found at thefivepointsstar.com.

With August 2019 being the 50th Anniversary of the treasured festival, there are several Woodstock-related events planned throughout the country, including right here in Raleigh, featuring NC State University’s own faculty rock band, The Quadrivium Project.

A Tribute to Led Zeppelin

By Kim Paris How long have you been with the Music Department? I started as a student worker in 2008 and joined the department full time following graduation in 2011. What is your own background