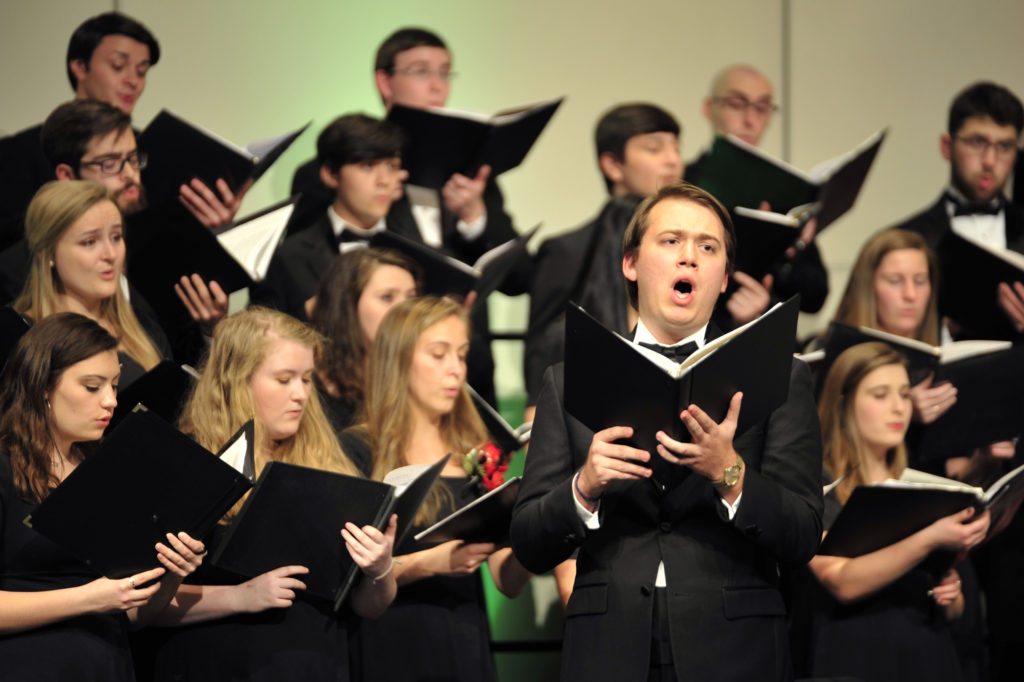 Coleridge Nash, better known as Cole on campus, is a senior who is double-majoring in physics and applied math with a minor in vocal performance. He has been involved in the Department of Music in Arts NC State since fall 2016.

As an incoming freshman, Nash knew that he wanted to be involved in music but never thought his career trajectory would change from becoming a physics professor to performing as an opera singer.

“My goal when I step up on the stage is to impact someone in the audience in some memorable way,” Nash mused when asked his favorite thing about performing. He certainly has made his performances memorable and his list of accomplishments show it. Nash is a member of the State Chorale; a choral scholar at St. Michael’s Episcopal Church of Raleigh; has sung with the Concert Singers of Cary under the direction of his professor, Dr. Nathan Leaf; and he recently created his own twelve-member chamber choir comprised of alumni and current members of the State Chorale.

Nash also reflected on the community within the music program, where he met most of his close friends. ”It is quite the diverse group of singers and backgrounds and that makes it interesting,” he explained. His professors within the program—Dr. Nathan Leaf, Dr. Daniel Monek and Dr. DeMar Neal, have supported him throughout his undergraduate career and into his upcoming graduate career as Nash applies to graduate schools for vocal performance.

On Getting Involved with the Dept. of Music at NC State:

Nash encourages incoming students with an interest in music to speak with faculty in the program because they are always willing to help students find the right path for themselves. He also encourages students who are scared to perform to do it and do it often, stating that “It’s scary, but it’s worth doing in the end.” As a section leader for the bass section of the choir, he also emphasizes preparation and organization for performers, saying that it will ease the pressure and nerves immensely if you are prepared.

For the required auditions for the vocal performance programs, Nash explains that there is some vocalization and sight reading and to make sure you are prepared for that. There are re-auditions each year to track progress and changes in a student’s voice. Nash’s advice for incoming students is that auditioning for the first time can be very scary and vulnerable, but Dr. Leaf has your best interest in mind and will be as nice as possible about the process.

Nash is applying to graduate schools in vocal performance for fall 2020. He was recently honored in the Bowers Medal of Arts Award and Student Artist Award Ceremony Friday, November 1, for his achievement in winning the 2019 Performing Artist Award for Voice.

If you are interested in joining a choir or exploring vocal performance, email Dr. Nathan Leaf at njleaf@ncsu.edu.

More info on the author:

Casey Cassinelli is a senior at NC State going for her B.A. in Communication: Interpersonal, Organizational, Rhetoric/Journalism minor. She will graduate this December. 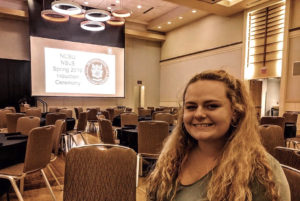 Arts Spotlight: One Student, an Empty Exhibition Case, and a Huge Art Sale

As part of our Arts Spotlight Series, we focus on NC State Student and Arts NC State employee Jennifer Clark who designs her life and an exhibition case at the same time.

We shine our spotlight on Latin Dance student organization, Sube Ritmo who are dancing despite it all.

Back for spring semester, our Arts Spotlight Series focuses on student Sabrina Hurtado and her recent public art project.

Arts Spotlight: Get to know the Arts Club

Arts NC State is shining our spotlight on student art organizations. Meet the Arts Club: a student-run arts-based organization that is thriving during the pandemic.