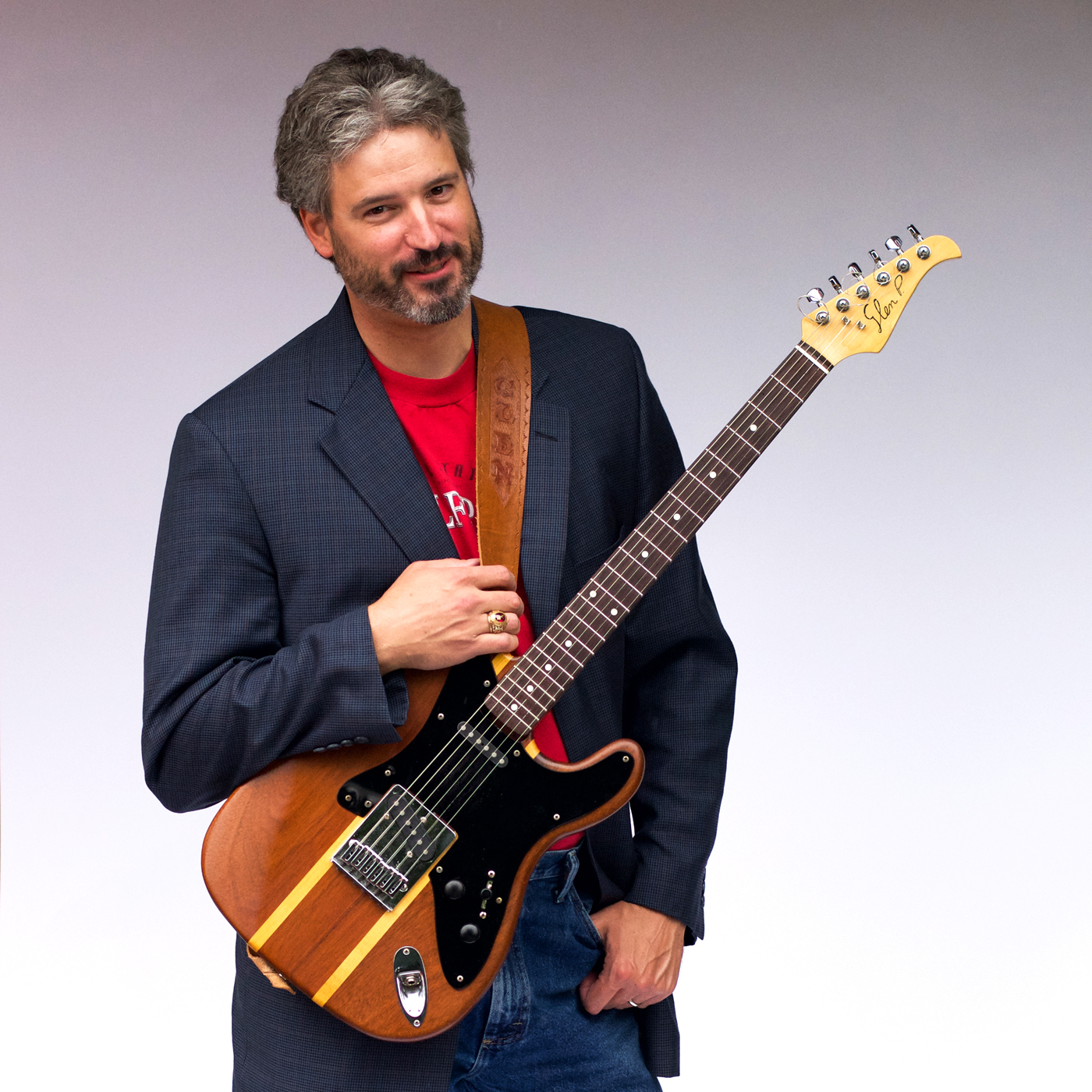 Doggett grew up in Raleigh, one of eight kids, and the son of NC State physics professor Wesley Doggett. The elder Dr. Doggett also attended NC State as an undergrad, finishing with the first graduating class (1952) in the world’s first bachelor of nuclear engineering program. He lived in Becton Hall (next door to the old Thompson Gymnasium) and swam in the pool located in the space that would become the Crafts Center wood shop by the time his son Glen became a student.

Like his father, Glen lived in Becton as a freshman – which meant convenient access to the Crafts Center and fulfillment of a project he was devising before school began. Doggett had started collecting hardware parts. “It was easier to convince my mom to take me to the music store to spend $40 on a part of a guitar every now and then rather than shell out $500 for an entire electric guitar, so my plan to build one was sort of a purchase installment plan.”

Doggett credits retired Crafts Center director George Thomas with teaching him how to “set up jigs and fences and push sticks” so that he retained all of his fingers in the process.

Glen built the solid body at the Crafts Center from rough-cut blocks of mahogany and maple that he “purchased in the shop for like $15,” and had enough material left to panel-up a matching block that he used to build a bass later on. He modeled the guitar on a Fender he saw at Burt Music Company in Cameron Village, where he had purchased his first acoustic guitar. As a freshman engineering student, he was taking GC-101, so he used his drawing board and engineering tools to create the plan for his custom “Telecaster with a Stratocaster style pickguard.”

He took advantage of a replacement Stratocaster neck he got on sale at Harry’s Guitar Shop on Glenwood Avenue, since he felt that would be more precise than his woodworking skill level might allow. Doggett used Seymour Duncan vintage Broadcaster pickups (“they have some bite and twang, good for country and rock sounds or really just about anything”), and his dad taught him how to solder the wiring for the guitar’s electronics.

With his NC State degrees in aerospace engineering (B.S. 1990, M.S. 1992, Ph.D. 1996), Doggett now works for Boeing in Seattle. But his custom guitar gets good use in his band of “a few dads in the neighborhood” as they jam for fun and occasional fundraising events.

This article was originally published in the fall 2018 issue of #creativestate, the official magazine of Arts NC State.