The arts are for everyone

Arts NC State gets a standing ovation from students

Rich Holly, Executive Director for Arts NC State, says he can’t count the number of times he and his staff have heard from students who genuinely feel like their Arts NC State experience saved their lives.

Take, for instance, the graduate from the Poole College of Management who found her classes at the Crafts Center just as instrumental as her classes in the business world. Or the alum, now a high ranking official at a major bank, who swears theatre made him who he is even though finance is the path he followed. These students were not artists in the traditional sense—they had not studied ballet since age four or dreamed of a career in ceramics —but they shared an enthusiasm for the arts just the same. Their stories are exactly why Arts NC State exists—to provide a quality arts experience not only for professionals but also for those purely curious; in other words, for everyone.

“The looks on their faces during these kinds of experiences are priceless. It’s such a thrill that they can’t get anywhere else, really.” Rich Holly, Executive Director for Arts NC State 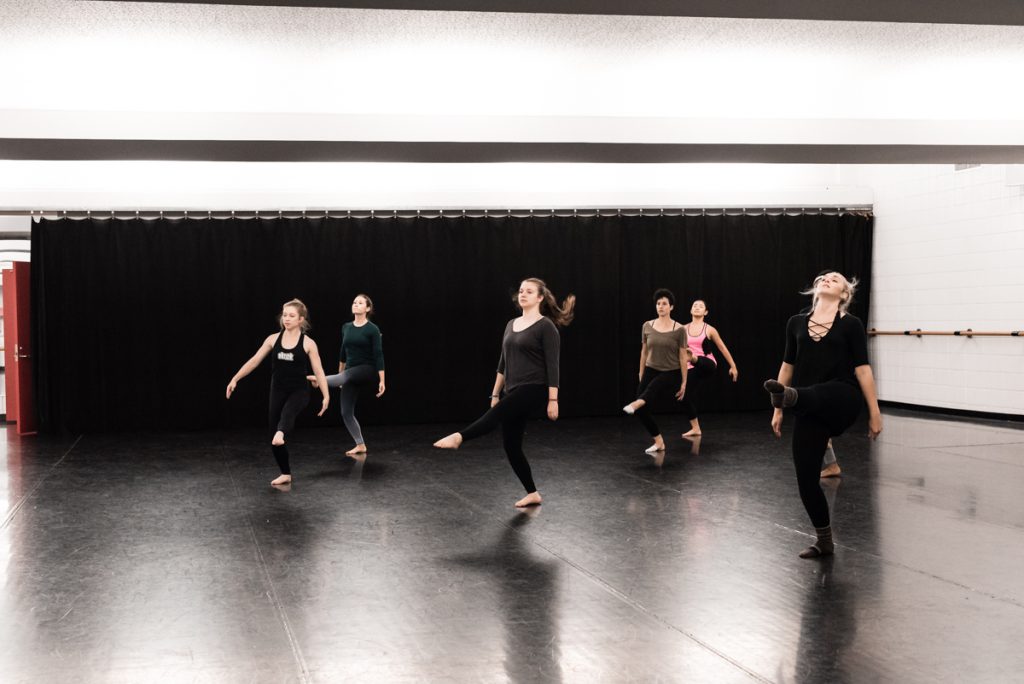 Interestingly enough, one of the main reasons Arts NC State is able to impact as many students as it does is because of what it doesn’t do—it doesn’t offer a major in the arts. Even though there is no required curriculum, a really deep training in the arts can be had, if desired. The Music Department, which offers the most academic credit of any of the arts offerings, has over 90 courses featuring everything from performing ensembles to music history to music and technology. It also offers four minors in addition to an arts entrepreneurship minor for those who want to build their interest into a career. Courses in dance and theatre are also offered as is a minor in theatre.

“Not having majors allows us to provide opportunities to as many students as possible,” explains Holly. “If the number of faculty and staff we currently have in the arts served only majors, we would be serving around 600 students a year. By not offering a major, we are able to serve between 5,000 to 6,000 students a year.”

These students were not artists in the traditional sense—they had not studied ballet since age four or dreamed of a career in ceramics—but they shared an enthusiasm for the arts just the same. Their stories are exactly why Arts NC State exists—to provide a quality arts experience not only for professionals but also for those purely curious; in other words, for everyone.

Whether it’s an audition for a choral or instrumental ensemble within the Music Department, an audition for the Dance Program’s NCSU Dance Company (modern dance) or the Panoramic Dance Project (dances from around the world), or an audition for one of the five shows produced annually by University Theatre, every single experience is open to every single student on campus. It’s basically a year-round 24-7 casting call for the entire student body. And, the immersive arts opportunities don’t stop there. Faculty members often interweave their curriculum with the Gregg Museum of Art & Design’s wide-ranging collection of close to 40,000 items. NC State LIVE brings in professional artists who desire to both perform and provide workshops on campus. The Crafts Center offers workshops too, as well as classes, in such visual arts as woodworking, pottery, fiber arts, lapidary, and more. 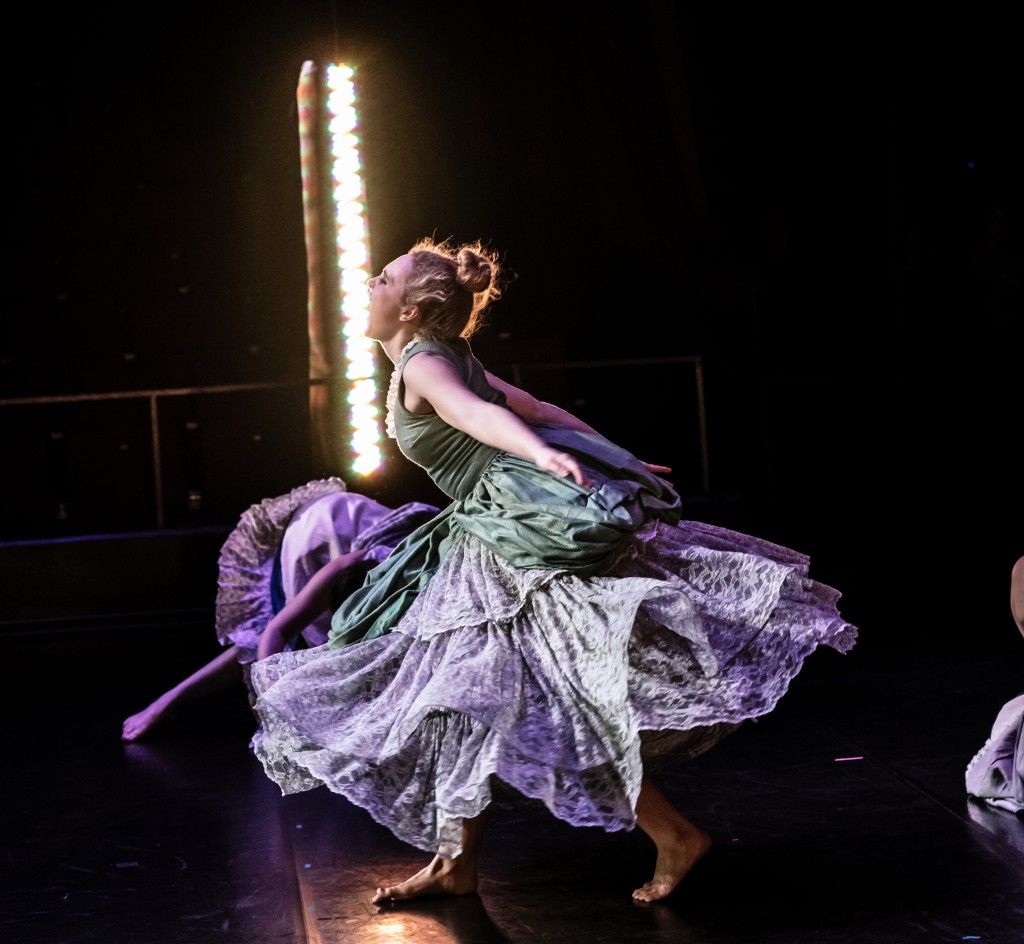 The mission of Arts NC State also extends beyond campus. Half of the Crafts Center attendees are students, the other half are members from the surrounding community. Many of the center’s staff are also community members. Several music ensembles invite community members to audition, and the Outreach Office, which serves all of the arts units within Arts NC State, collaborates with such local venues as high schools and rotary clubs to bring in applied theater productions that educate audiences on important issues.

Museum of Art & Design as an interactive environment that is not really a “stand behind the ropes and do not touch” kind of place because that description also perfectly sums up Arts NC State. All of its programming is essentially a powerful hands-on exploration of the arts. From being able to have a class discussion about royal Japanese textiles while actually viewing them up close in the Gregg Museum of Art & Design, to being fitted into a harness before dancing vertically up a wall during an aerial dance workshop, to receiving a coveted invite to perform at a gala during the American College Dance Association conference, students are getting in touch with the arts in a variety of creative ways.

“The looks on their faces during these kinds of experiences are priceless,” says Holly. “It’s such a thrill that they can’t get anywhere else, really.” 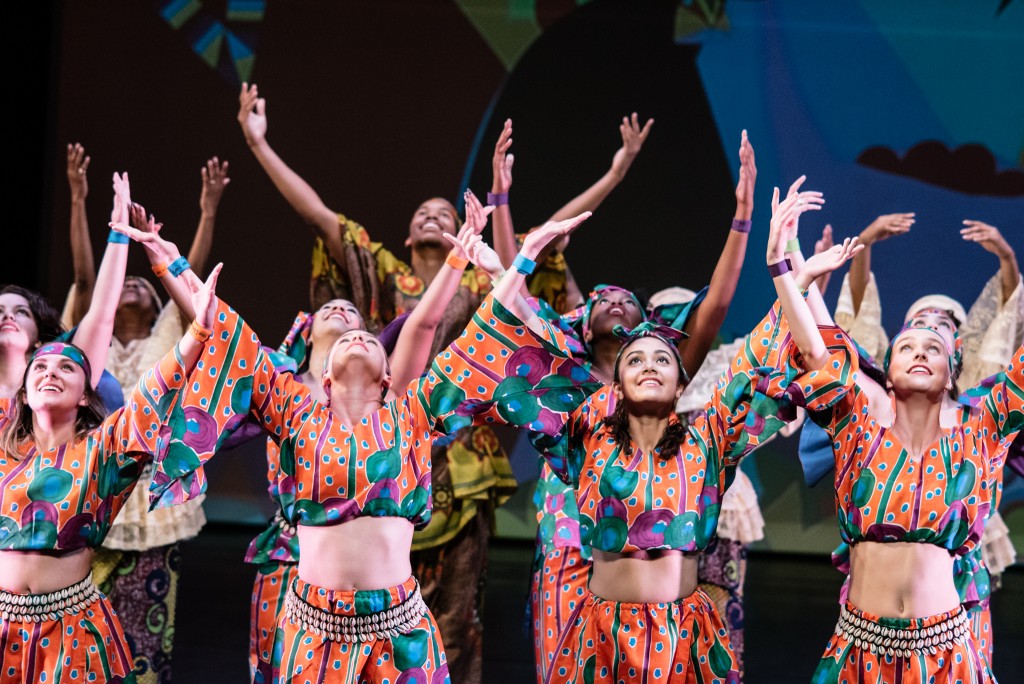 A perfect example of this kind of thrill occurred one day when Holly was leaving a meeting at the Crafts Center. Two students walked in, he explains, their backpacks stuffed and “their eyes as wide as a character from a cartoon.” Turns out, they were freshmen who had just found out about the center and had rushed over to check it out. They couldn’t believe that not only did such a facility exist, but that it existed for them. For everybody.

With such an incredible arts lineup for both students and the surrounding community, one could say that Arts NC State raises the bar on raising the curtain. Or that it gives an entirely new meaning to student performance. But, more than anything, it gives everybody the chance to take a bow, and that kind of programming innovation deserves nothing less than a standing ovation.

The article was initially published in the Academic and Student Affairs CONNECTIONS issue, 2015-2016 Year in Review. Read the full issue on the DASA Reports and Publications web page, or download it from here.