The Industry of the Arts

MARCH 12 UPDATE: The March 16 class is cancelled, due to the extension of spring break. At this point, the March 24, April 7 and April 21 classes are expected to occur as scheduled, but check back for updates.

The Business of the Creators in Media and Entertainment

Arts NC State presents a free, six-part workshop series introducing attendees to many of the facets necessary for a career in the arts, media and entertainment. Led by industry veteran and producer Max Langstaff (Sir George Martin, John Denver, Gordon Lightfoot), these sessions are designed for anyone at any level of knowledge or artistry and will include notable guests. This series is open to both NC State students and the public.

Admission to all workshops is free of charge and open to all. Come to one, come to several, come to all! 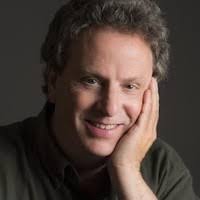 Max Langstaff is an award-winning producer/writer, and the founding visionary of The Wildheart Group. Founded in 1995, Wildheart creates, produces and manages content across international media platforms, whose objective is to ensure its commercial and competitive edge in today’s market.

Langstaff has created multiple global entertainment properties, including the PBS series Soundbreaking, On Record: The Soundtrack of Our Lives, American Songwriter, The Wildlife Concert, Off the Charts, and the Wildlife Crisis. He has served as executive producer, producer, and writer in television, film, radio and music for projects including The Making of Sgt. Pepper, John Denver Live, Gentle As The Sun, Before I Die, and the WERU radio series.

Kathryn Keegan’s first published poem was in her teens. Her innate need for creative expression has led her to performance art, conceptual art, and the introduction of wearable art. As a studio artist, her work has been exhibited at the Painted Bride Art Gallery in Philadelphia, South Street Pop Up Art, and the Philadelphia Craft Show, to name a few.

For the past 17 years she has been a sustaining member of Schuylkill Writers’ Group, participating in numerous public poetry readings, while teaching and leading “communal poetry” workshops throughout the northeast. Her work is published in two anthologies by Studio B.: Agony & Ecstasy and To Be.

Keegan’s poetry evokes a world of timeless patterns through close observations of nature.  Rooted in gratitude and awe, her work discloses a spiritual unrest for the human condition and its frailties.

As a woman and artist, Kathryn Keegan’s unusual breadth of creative expression offers a unique perspective on art, its role and purpose in our lives.

Writer, best-selling author, adventurer, ship captain, teacher, nurse, wilderness guide, and second-degree black belt. In his own words, “The big drama in my life is a passionate struggle to return to the womb, to feel ecstasy – return to the ecstasy of my first love, my mother… If it hadn’t been so slippery, I’m sure I could have stayed inside a little longer, had just another few minutes of umbilical fed ecstasy. Instead, I was assaulted by bright, cold lights until a slicker of scissors cutting me off and I was alone…”

A graduate of the Putney School in Vermont, he holds a masters in environmental science and communications from Antioch College. His book My Old Man and the Sea spent four months on The New York Times Bestseller List and was published in 17 languages. His second book, On Whale Island was the featured New York Times Review cover feature. He is currently perseverating on his next book, Bachelor Dad, about the fear and trembling of raising a daughter. He and his father are the first Americans to sail around Cape Horn in a boat under 30’ in length.

Most important, Hays notes, he has no criminal record and a clean driver’s record.

Benza is a contemporary songwriter and pop artist raised in France and in Boulder, Colorado. Now residing in the Pacific Northwest, Benza plays piano and guitar, with a previous detour into DJing and electronica. He has played and recorded with some of the most accomplished musicians in the industry. His first CD, Dancing in Chaos, has recently been released. He can be found at benzamusic.com.

David Sontag is the chairman emeritus of the board of EarthEcho International, a leading environmental, educational nonprofit founded by Philippe, Alexandra and Janice Cousteau. He is professor emeritus of the Communications Studies Department at the University of North Carolina at Chapel Hill and was, until 2011, the Wesley Wallace Distinguished Professor of Communication Studies and the director of the Writing for the Screen and Stage program in the College of Arts and Sciences, a degree program that he created for the university. He is an award-winning writer and producer and has written for Columbia Pictures, Universal, MGM, and Hollywood Pictures among others as well as CBS, NBC, ABC and Fox. Sontag has held important creative and executive positions at 20 Century Fox, NBC, CBS Films and ABC.

Sontag is on the national advisory board of the Full Frame Documentary Film Festival and is the past president of the board of the festival.  He is a past member of the board of trustees and executive committee of the Santa Fe Chamber Music Festival and is currently on the advisory council. He is a trustee of the North Carolina Symphony and on the advisory council of the PlayMakers Repertory Company at UNC. Sontag was the founder of the Native Americas International Film Exposition and has been on the advisory board for the College of Santa Fe’s Greer Garson Studios as well as a past trustee and member of the executive committee of the Aspen Music Festival and School. A nominee for both the Writers’ Guild and Humanitas awards, Sontag is listed in Who’s Who in Entertainment, Who’s Who in America, and Who’s Who in the World.

Lawrence Grossberg is the Morris Davis Distinguished Professor of Communication and Cultural Studies at the University of North Carolina at Chapel Hill, and he has held additional appointments in American studies, anthropology and geography.

He was among the first academic intellectuals to take seriously the challenges of understanding the role and power of popular music (broadly speaking, rock music) in the U.S. after WWII. His work places music in the larger context of social, cultural and political life, especially in relation to its fans and audiences (and the changing nature of youth culture).  He was among the first to argue that popular music worked through unique (“affective”) forms of communication. He has studied the ways the music, and its broader relations and effects, have changed over the past sixty years.

Grossberg helped introduce and define cultural studies – an interdisciplinary effort to explore the relation of culture and society – into the U.S. He has also been studying the changing political culture of the U.S., including the perception of kids as a political problem, the state of progressive oppositions and countercultures, and post-war reconfigurations of the conservative and reactionary rights.

He was the editor of the journal Cultural Studies from 1990 through 2018. He has published ten books and edited another eleven, as well as over 250 essays and dozens of interviews, in English. His work has been translated into 20 languages and additionally, he has published numerous original books and essays in other languages.  He has lectured all over the world.  He has been honored for his scholarship, teaching and mentorship by the International Communication Association, the (U.S.) National Communication Association, the Association for Cultural Studies, and the University of North Carolina.

His books include We Gotta Get Out of This Place:  Popular conservatism and postmodern culture;  Dancing in Spite of Myself: Essays on Popular Culture; Caught in the Crossfire: Kids, politics and America’s future; We all want to change the world:  The paradox of the U.S. Left (A Polemic);  and Under the Cover of Chaos: Trump and the Battle for the American Right.

Rachel Raney is a veteran nonfiction filmmaker and public TV/radio producer with deep experience producing content, as well as collaborating with and supporting independent producers. Determined to work on documentaries after college, she landed at the highly regarded Center for Investigative Reporting in San Francisco, working on programs for the PBS series Frontline. After producing on multiple projects for CIR and other production companies, Raney’s directorial debut, the feature documentary Livermore, aired on PBS’ Independent Lens. Raney went on to create and produce the award-winning documentary series Truly CA for KQED-TV, currently in its 14th season. After returning to the American South, Raney worked at North Carolina Public Radio, producing for the nationally distributed program The Story with Dick Gordon. Raney later served as the first executive director of the Southern Documentary Fund, and has now joined UNC-TV as director of national productions and executive producer of Reel South.

By Kim Paris Ninety years ago, the NC State Music Department was an office of one. Walter Price came to NC State as an instructor in the College of Textiles, but an affinity for music