TheatreFest single tickets are on sale!

Single tickets are now on sale for all TheatreFest 2016 shows! 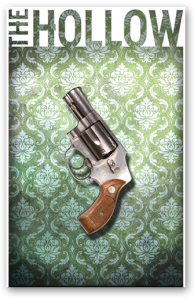 An unhappy game of romantic follow-the-leader explodes into murder one weekend at The Hollow, home of Sir Henry and Lucy Angkatell. Dr. Cristow is at the center of the trouble when his mistress Henrietta, ex-mistress Veronica, and wife Gerda,  simultaneously arrive at The Hollow. Also visiting are Edward (who is in love with Henrietta) and Midge (who loves Edward). Veronica ardently desires to marry Cristow and succeeds in reopening their affair but is unable to get him to divorce his wife. Veronica unwisely states that if she cannot have him, no one shall. Within five minutes Cristow is dead. Nearly everyone has a motive and most had the opportunity. Enter Inspector Colquhoun and Sergeant Penny to solve the crime. 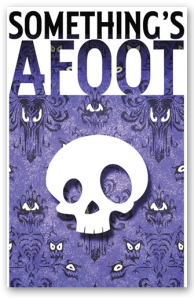 A zany, entertaining musical that takes a satirical poke at Agatha Christie mysteries and musical styles of the English music hall of the ’30s. Ten people are stranded in an isolated English country house during a raging thunderstorm. One by one they’re picked off by cleverly fiendish devices. As the bodies pile up in the library, the survivors frantically race to uncover the identity and motivation of the cunning culprit.

Tea with Agatha, an original theatrical experience at Thompson Hall

A one of a kind performance event in conjunction with the Agatha Christie-themed TheatreFest. Tea with Agatha features readings and a behind-the-scenes special effects tour.

TheatreFest 2016 is funded in part by the City of Raleigh based on recommendations of the Raleigh Arts Commission.