Open to all NC State students, the awards celebrate creative students—all non-arts majors —who create and perform art in dance, music, and theatre. Although NC State does not offer a major in dance, the Dance Program provides opportunities to NC State students of any major to receive a deep training in performance and choreography.

While pursuing non-arts majors at NC State, Barber, Anderson, and Holmes not only participated the Dance Program, but went above and beyond by becoming valued members of the award-winning academic dance companies, by attending the American College Dance Association Conference, and performing in off-campus concerts for the North Carolina Dance Festival and at The North Carolina Museum of History.

The Creative and Performing Artist Awards were conferred on November 9 at Titmus Theatre in Thompson Hall by Executive Director of Arts NC State Rich Holly and Friends of Arts NC State Board Chair Gary Greene. Made possible by a generous grant from the NC State Foundation, the two awards are now administered and funded by Arts NC State.

The Arts NC State Creative Artist Award, for which students apply, recognizes original work in dance, music, and theatre created by NC State students. Leslie Barber, a senior majoring in fashion and textiles management and a Panoramic Dance Project member, received the Creative Artist Award for choreographing Everything in My Head.

Everything in My Head was premiered at the 2016 Dance Program Fall Concert. Barber had been working on her piece over the last two semesters while taking the Dance Composition (DAN 272) and the Independent Study in Dance (DAN 498) courses offered through the NC State Dance Program. Her choreographic work is based on clinical and emotional implications of the Obsessive Compulsive Disorder (OCD) and is inspired by Neil Hilborn’s spoken word poem ‘OCD’, the most-viewed poem on YouTube.

“In my piece, I take on his personality, I become Neil Hilborn,” Leslie said. “In his poem, he talks about how he was in a relationship with a woman, how the relationship started off really well, and she loved all of his tics and all of his things about OCD; but eventually it became too much, and she left. My piece focuses on the first night after Neil’s girlfriend left him.” 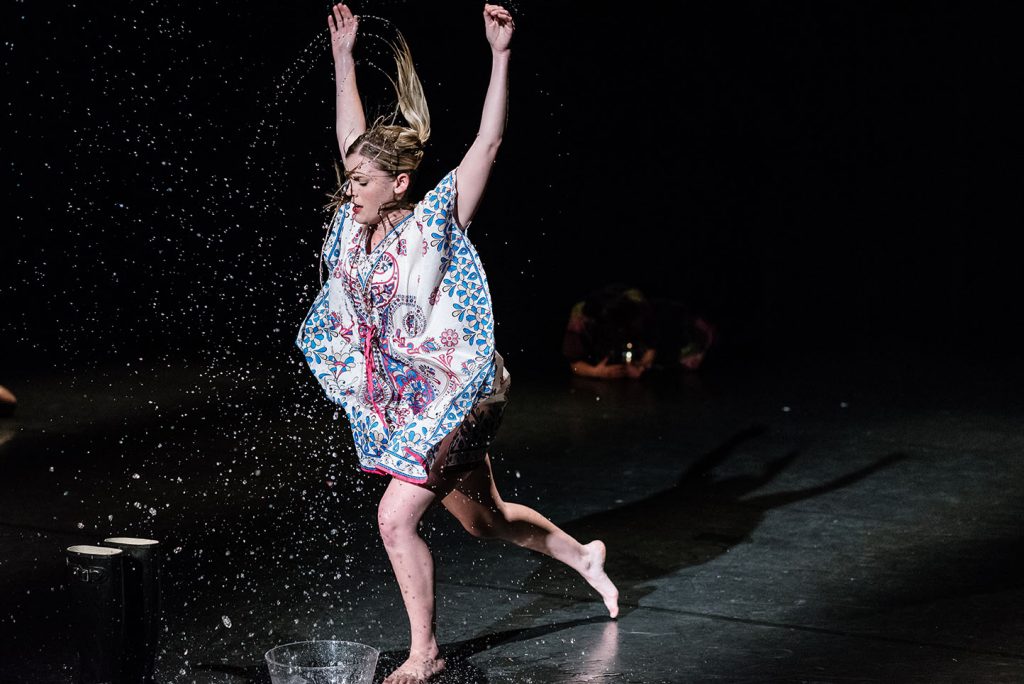 Rebecca Anderson, who graduated from NC State in 2016 with a degree in psychology, has always been an integral part of the NC State Dance Program. Anderson was a member of the Panoramic Dance Project since she was a freshman and performed works of many choreographers beautifully adapting to a large range of movement styles, moods and intentions.

Besides being an outstanding performer, Anderson has choreographed several works featured in the NC State Dance Program concerts; her piece entitled Spoon-fed was invited to be adjudicated in the Mid-Atlantic Regional Conference of the American College Dance Association (ACDA) at West Virginia University.  After graduation, Anderson continues working with the NC State Dance Program as a Rehearsal Assistant and a Stage Manager and plans to pursue an M.F.A. in Dance in the future.

Holley Holmes, a May 2016 graduate of NC State with a B.S. in Statistics and a minor in economics, is now working at Cisco Systems, Inc. 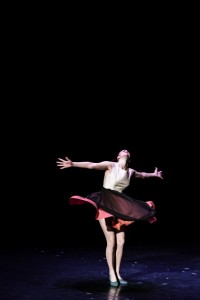 Holly Holmes had been an NC State Dance Program student and a performer with the NCSU Dance Company for four years and was recognized for her performance at the ACDA Mid-Atlantic Conference in 2016 where she was selected to perform Robin Harris’s forevermore in the Gala Concert.

One of the adjudicators called her, “an exceptionally poignant performer.” Holmes is thoughtful, sensitive, intelligent and process oriented. She blends emotional complexity and psychological nuance with spatial and musical clarity to create an exquisite dance performance. This is Holmes’s second time as a Performing Artist Award recipient.

To learn more about the Creative and Performing Art Awards requirements, please visit the Awards page.